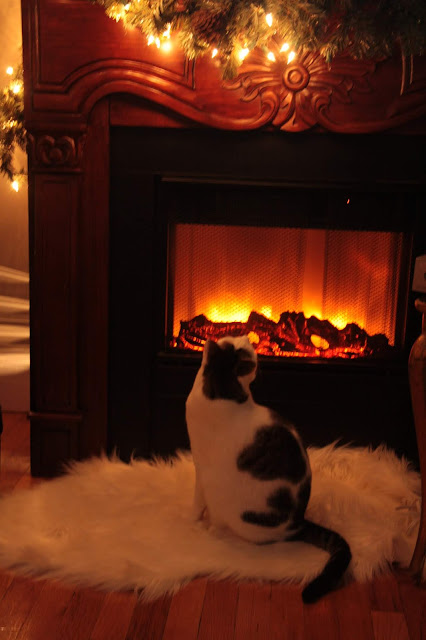 I have been dreading writing this post. In fact, it has taken me six months to do so. My youngest baby Percy passed away on June 16th. It was only 4 weeks from a diagnosis of lymphoma til it was time for me to say goodbye.  I could not let him suffer. He had never been sick a day in his life before that. 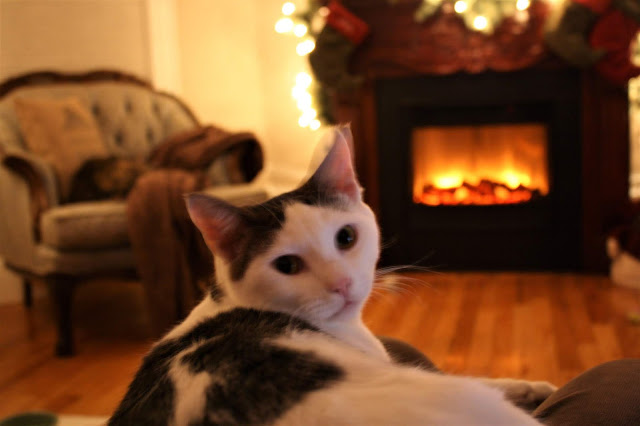 Percy enjoyed his life at Café Chatelaine. He enjoyed watching the fake fire in the electric fireplace. 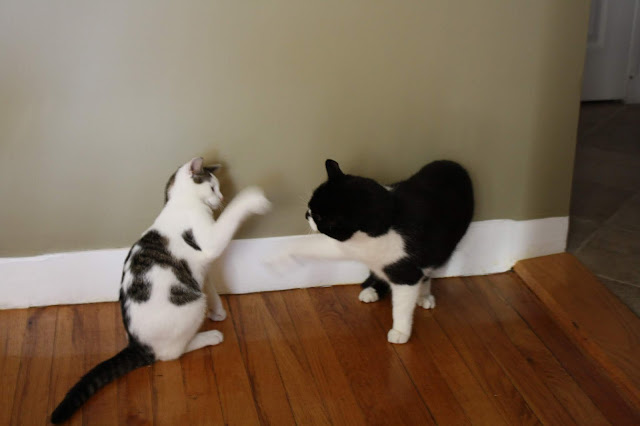 He loved to mix it up with his brother Oscar. From day one, he was the aggressor. 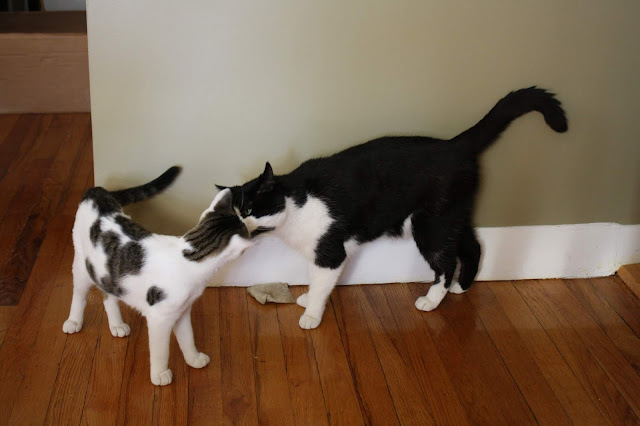 He always thought he was the alpha cat and Oscar allowed him to believe it. 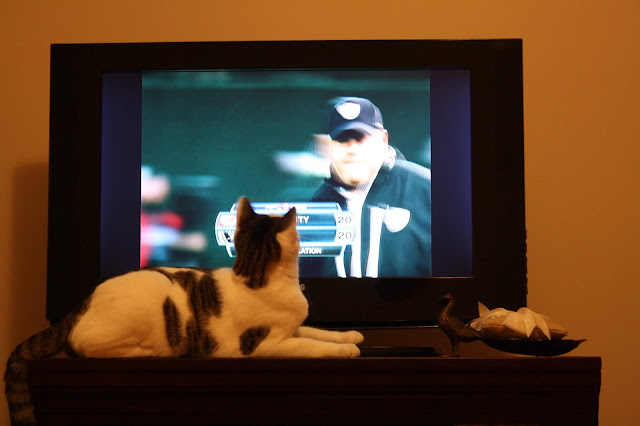 He would watch sports with me. 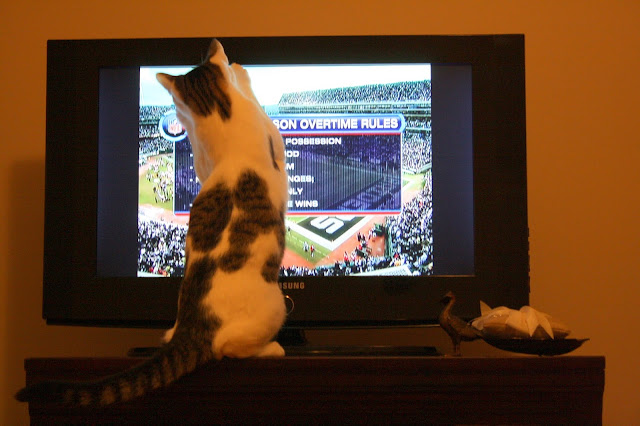 He had no regard for personal property. He broke teacups, ripped drapes and clothes. He knocked things in the garbage disposal that shouldn't be in the disposal. 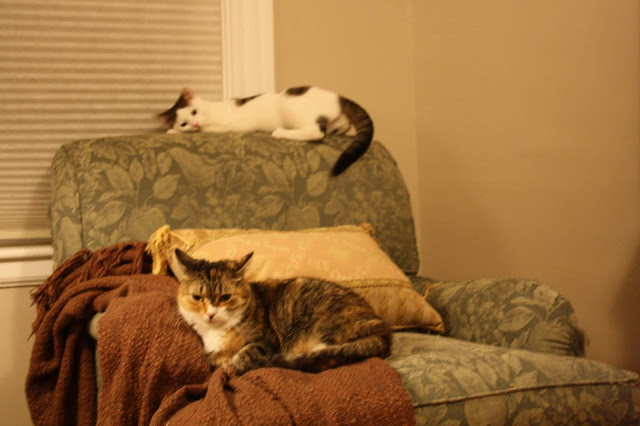 He would sneak up on his sister. Which was never well received. 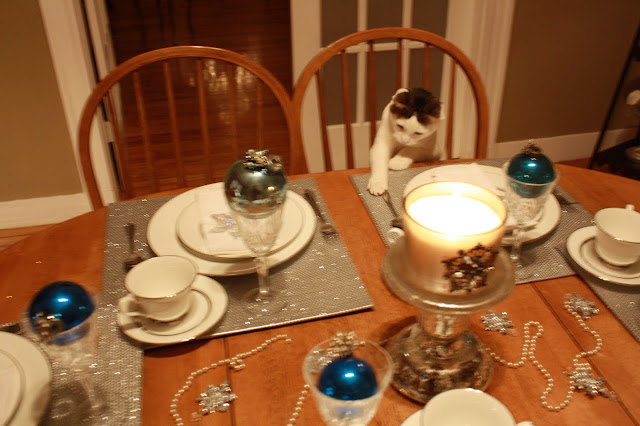 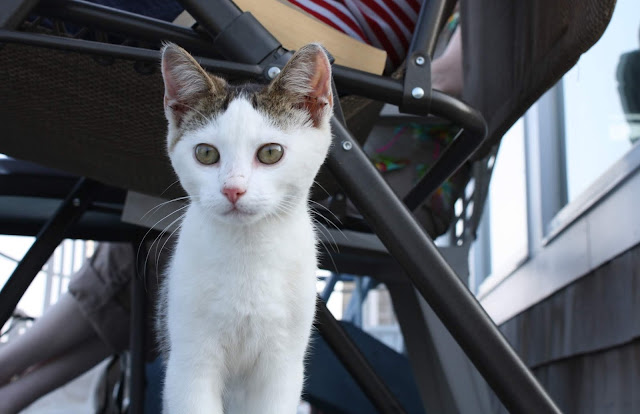 I fell in love with him the day I met him in York, Maine. All alone and hanging out at a friend's cottage rental, he charmed all of us that day. 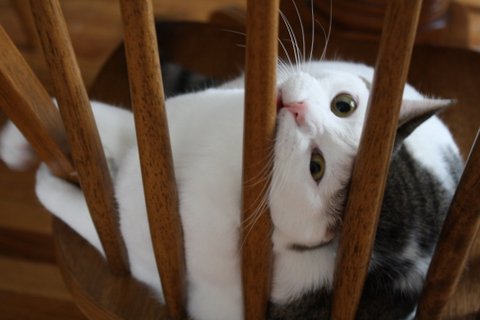 His table manners were pretty bad too. 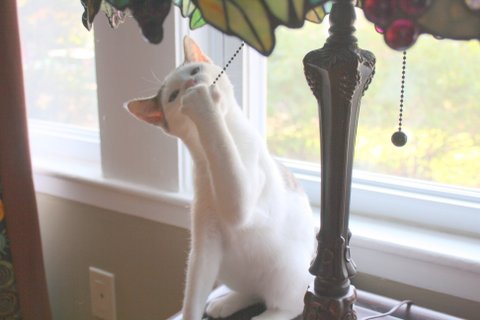 Oh yes, he broke a lamp or two. You are a one-man wrecking crew I used to tell him. 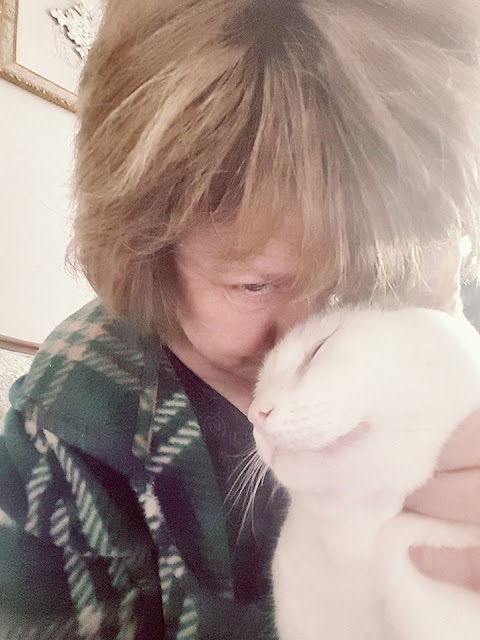 He loved hard and played hard. He was capable of such affection. 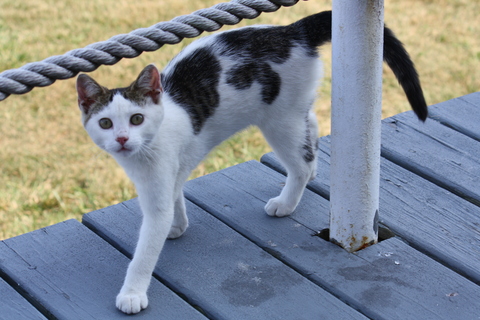 I was totally mesmerized by his presence. 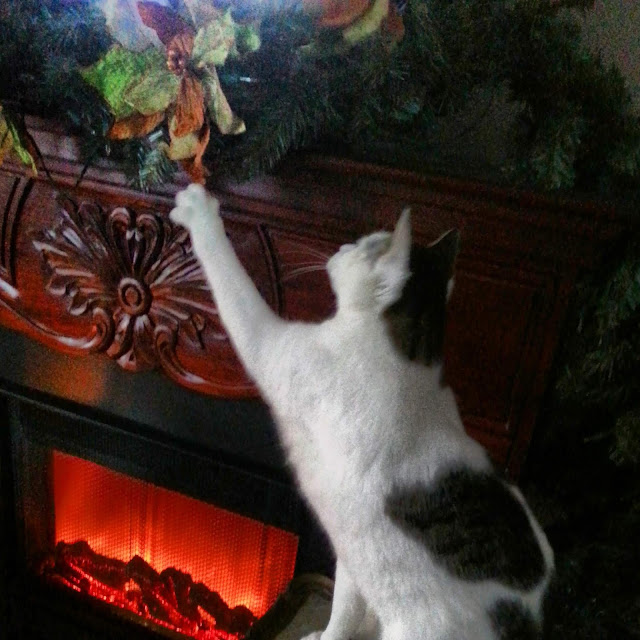 And completely exasperated by his playful spirit. 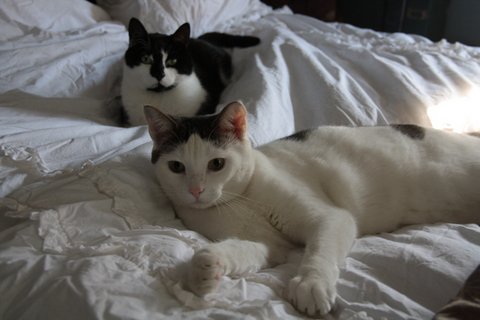 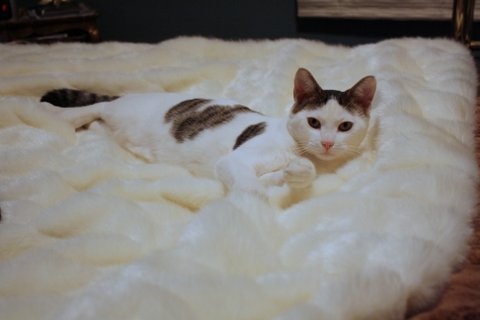 I miss his sweet face. 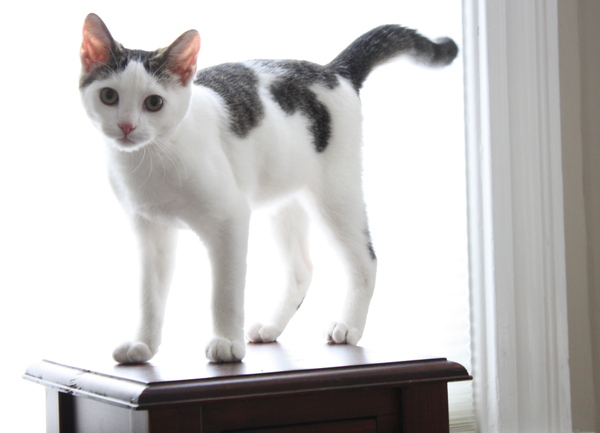 And his stage presence. Oh, how he loved to be photographed! 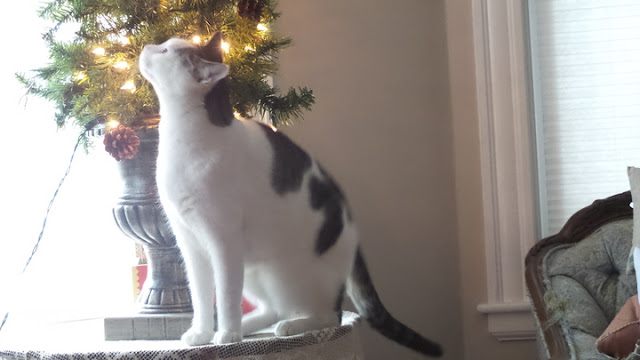 Life was never dull with him. He never got out of his kitten stage. 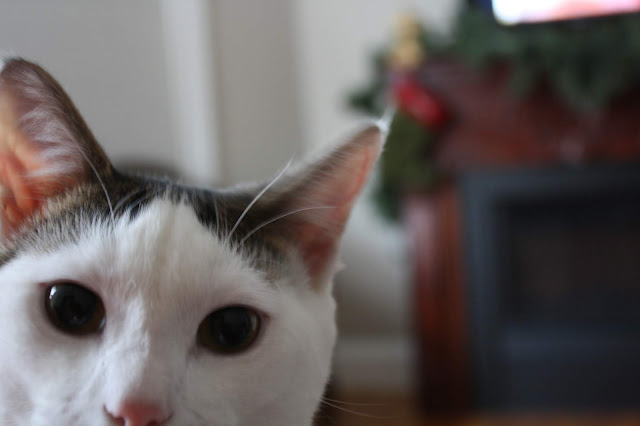 He would get right in my face when he wanted to express an opinion. 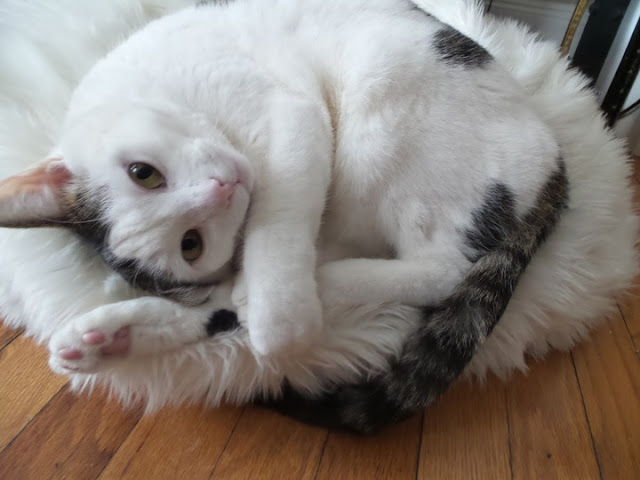 He really was the life of the household. 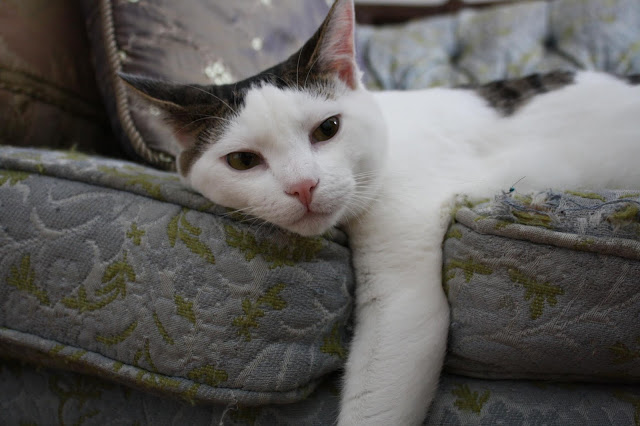 In the end, I think he was just tired from fighting his illness. He hadn't quite lived nine years but he brought me a lifetime of joyful and hilarious memories. 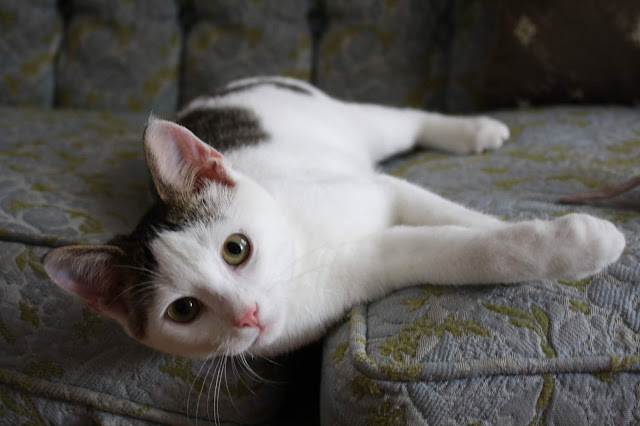 I am forever grateful that I had him in my life. Rest in peace sweet boy.

Wendy said…
I'm so very sorry to hear about Percy's passing. I know the kind of emptiness they leave behind, even if you have other kitties. I lost my dear Aliyah at Christmastime in 2015, same kind of sudden cancer that snuck up on her. Then in 2018 her sister, Peanut, also developed cancer very suddenly and I lost her within a few months. Both were about 9 or 10. It's so hard losing them, as they are such incredible spirits and their loss is keenly felt. Please know you will be in my thoughts and prayers.
December 9, 2019 at 4:15 PM

dmcd17@hotmail,.com said…
What a sweet tribute to your precious Percy! He was a beautiful being, and I know you are missing him so much. Thank you for sharing.
December 9, 2019 at 4:26 PM

Marilyn Miller said…
He was beautiful or should I say handsome. They do give us joy with their naughty behavior and loving purrs. So happy you had him in your life for awhile. So sorry he had to leave.
December 9, 2019 at 7:51 PM