Tea at the Inn- The Inn at Hastings Park 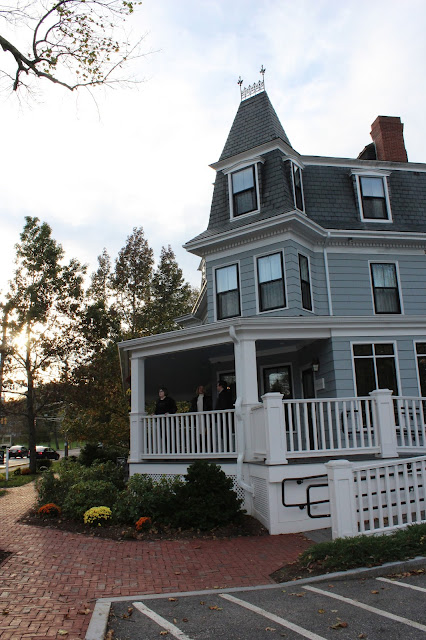 I'm finally posting about the Halloween Tea I attended at The Inn at Hastings Park in Lexington, MA. I know we are all onto Thanksgiving but before I move on I have to give the Inn it's due. 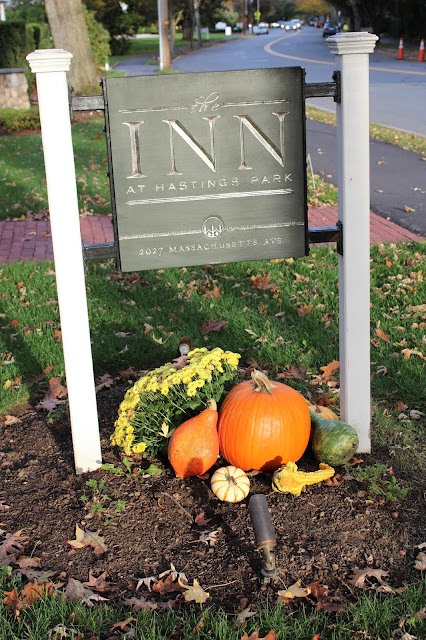 I read about the Inn online and I had seen a story on Chronicle, a local television show. I knew I wanted to check it out and when I heard that they were serving a Halloween Tea I knew I had to attend. 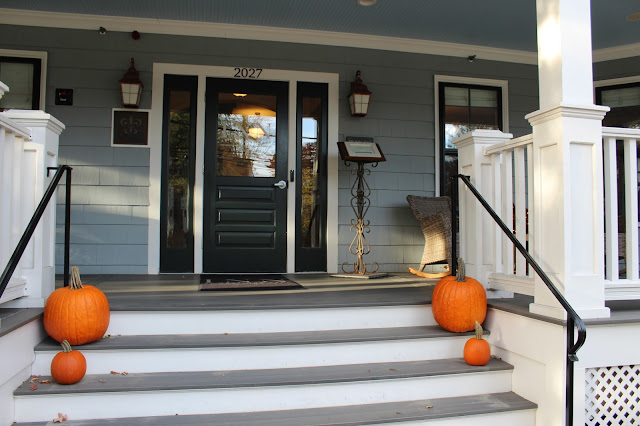 I called my sister and some friends and made the reservation. The building is in a great location on Massachusetts Avenue or as the locals call it, Mass Ave.  The entrance was welcoming and simply decorated for Fall. 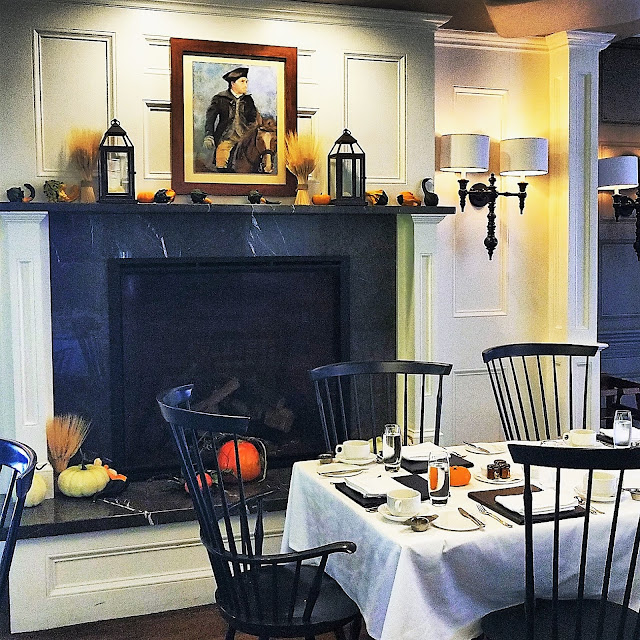 The dining room was lovely. Our server indulged me and allowed me to take about a zillion photos while I waited for my party to arrive. 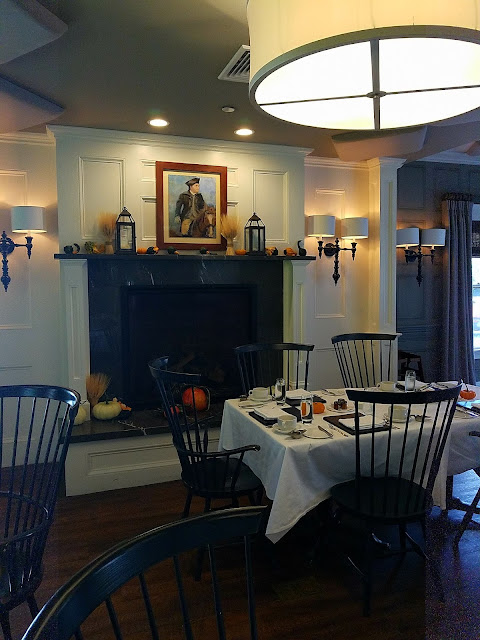 Here's a better view. What a great fireplace! I was pleased to learn that they serve breakfast and dinner. Did our server say I could visit for lunch? I don't remember but I do know that afternoon tea for the public is not an everyday occurrence so the Halloween tea was special. 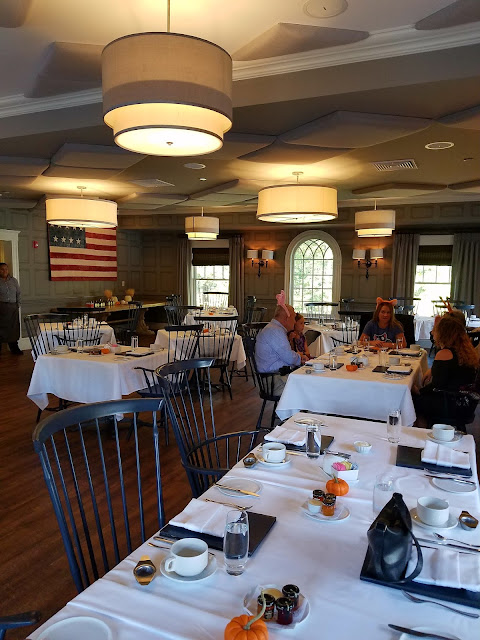 Here's the view from our table. The room was filled when tea was served. 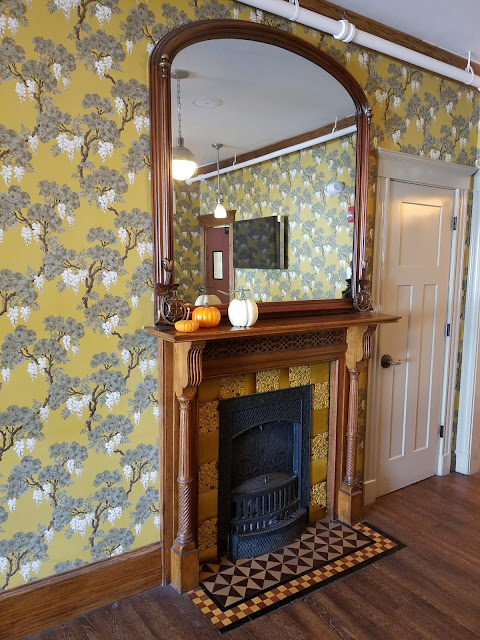 I didn't check out the entire inn but I had to take a photo of this beauty. The tiles, the wood, the wallpaper behind the fireplace, it was all so spectacular.  I could live in this hallway. 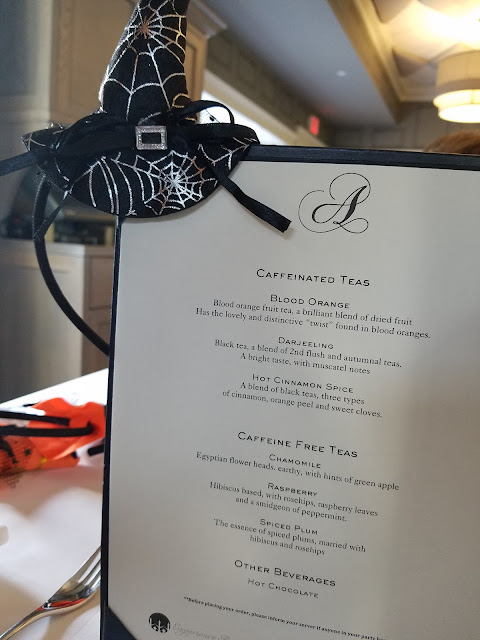 I gave everyone a fascinator with a witch hat as a party favor. The inn had a nice tea selection. I went with the blood orange tea. The teas were from Harney. 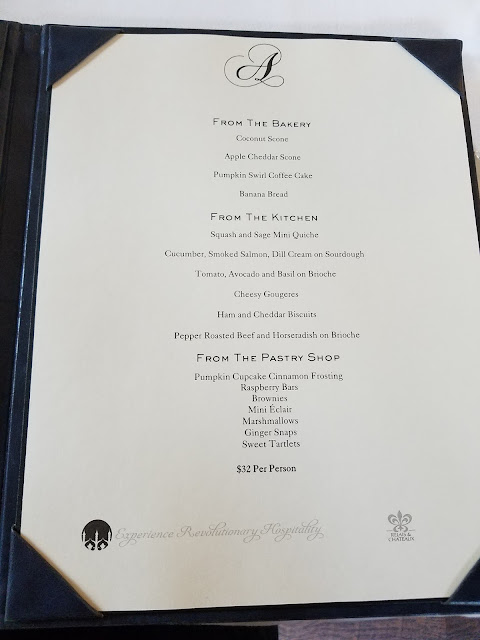 And this is the menu. I think I tried everything from the tea tray or tea tower! Actually, I didn't have the smoked salmon. I know it's good for you but I just don't love salmon. 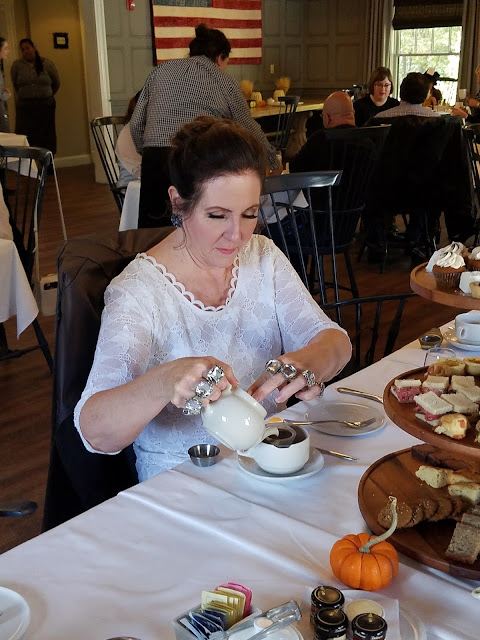 My friend was attending a Halloween party after our tea. She said everyone was supposed to dress as a celebrity. Can you tell by the 8 "diamond" rings on her fingers that she was attending the party as Elizabeth Taylor? 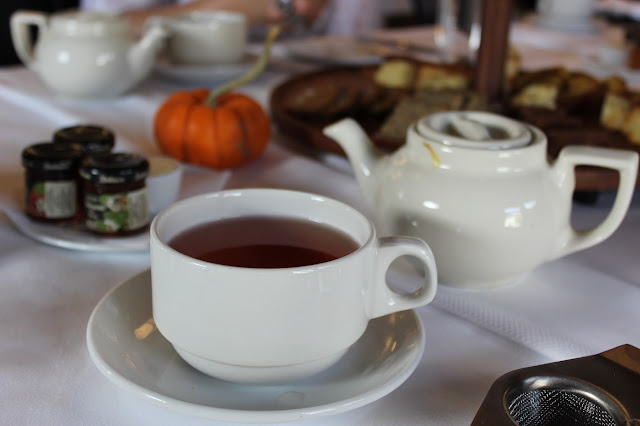 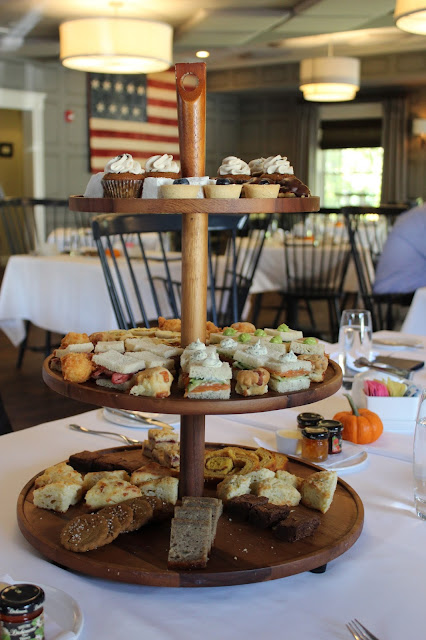 And this is the tea tower. Quite impressive! 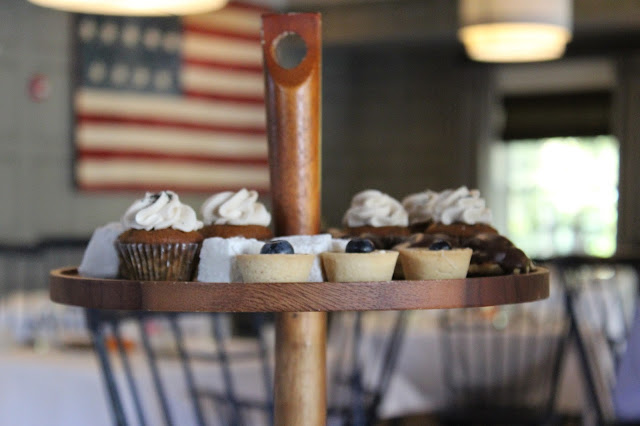 A closeup of the desserts. Yes, that is a pumpkin cupcake with cinnamon buttercream frosting. I think it was my favorite dessert. 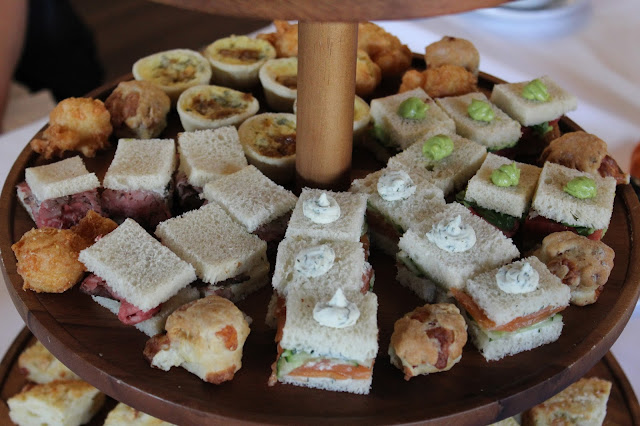 And this level had a variety of tea sandwiches. We didn't eat them all so we each went home with treats. Would you believe I ended up with 3 salmon tea sandwiches and no pumpkin cupcakes? Oh well, luck of the draw. 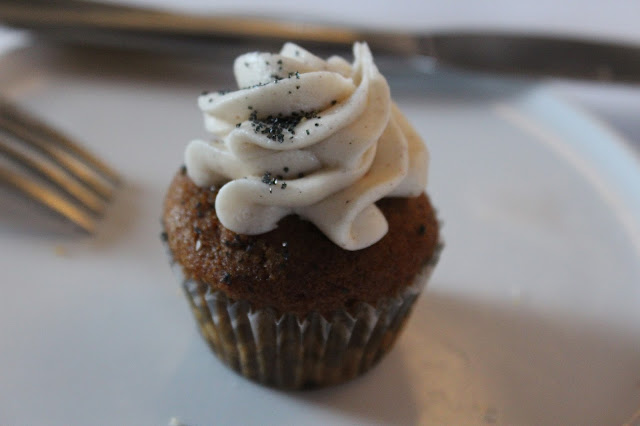 Here's the coveted pumpkin cupcake. How often do you get cinnamon buttercream frosting? Almost never! 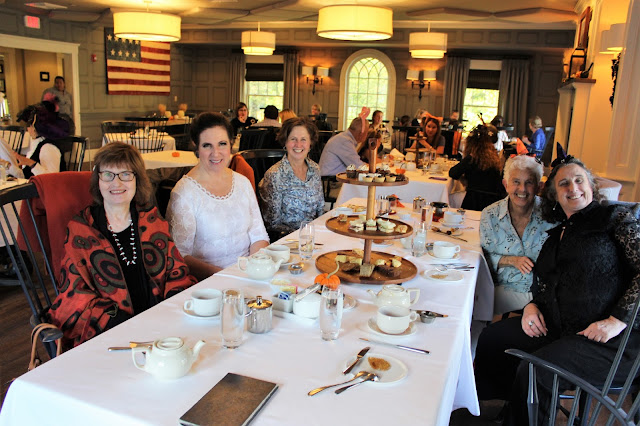 Here's our party. Such a nice, fun group of ladies. I miss them, we don't get together as often as we used to. 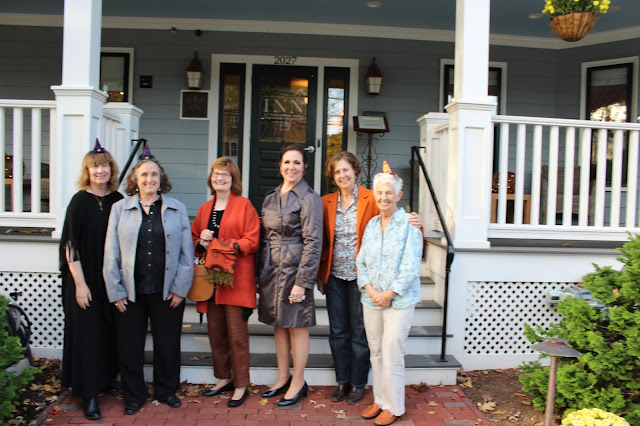 We posed for a photo then said goodbye to the Inn at Hastings Park. There are some Christmas teas scheduled for Saturdays in December. I hope to get the group together again and enjoy a nice holiday afternoon with tea and friends.
Email Post
Labels: afternoon tea Halloween Inn at Hastings Park lexington Massachusetts New England

Blondie's Journal said…
It was MY treat to look at your photos! I not only wished I were there, I felt I was! The sandwiches and sweets were perfectly presented, and looked very fresh. The tea so enticing. Your friend dressed as Elizabeth Taylor was spot on, although ET was a little more, well, heavy!

Thank you for sharing such a lovely time, Elaine.