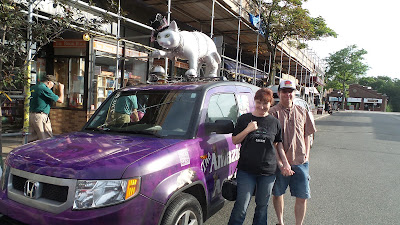 When my friends said they were going to an Acro-Cats show and they asked me to join them I was not sure about it.  I don't even go to the circus. I don't like to see animals perform but I know my friends are such animal lovers that chances are they checked it out and it would be fine.
I knew we were in for a fun night when I saw the Acro-Cat mobile. I had my friends pose with the vehicle.  We were pumped to see the cats. 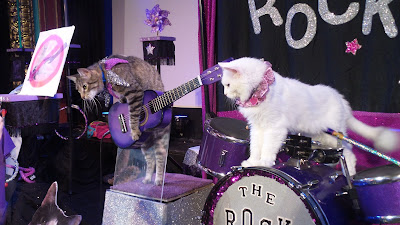 Well the cats did not disappoint. The white kitty, Tuna, was the star of the show and he had quite the catitude. He was multi talented and he loved to hear his name shouted out from the audience. We were encouraged to yell Tuna, Tuna throughout the show. 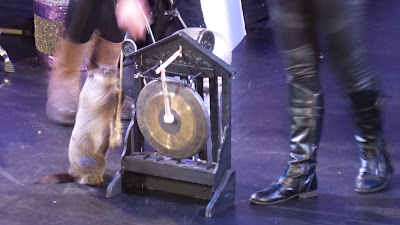 The trainer, Samantha, was amazing. She even trained a groundhog to play a gong. 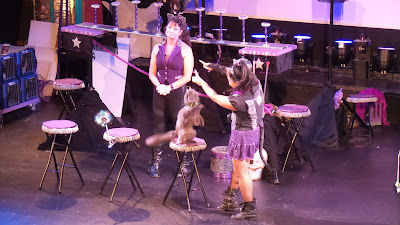 Samantha was quite a star herself. She has trained many animals and she also said she has found homes for 162 cats. All the cats in the show live with her and she explained that is why she is still single. I can relate! 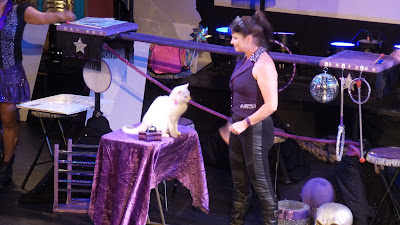 As I said, Tuna was very talented. He played drums, rang a bell, pushed the switch for the applause sign and had many more talents. 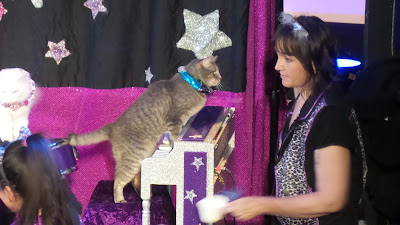 This kitty was very sweet and she played the piano. I could not believe how focused she was. 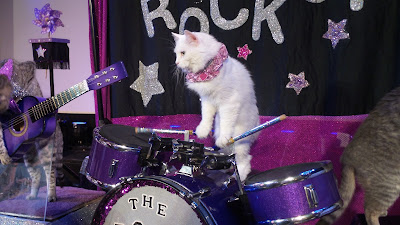 Here's an action shot of Tuna playing the drums. Actually he looks like he is rowing. 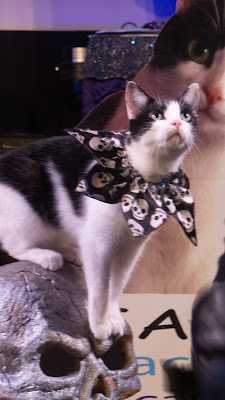 If I had to pick a favorite it would have to be Jax.  I think he looks like a combination of Oscar and Percy. 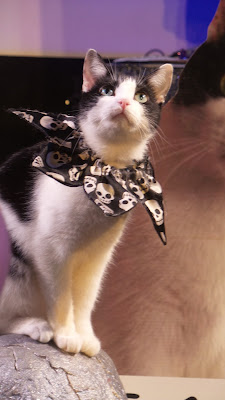 Just look at that face. He is too adorable!

After the show we were allowed up on stage to meet the kitties. Some of them were very friendly, some were posers, others we were told to keep our distance from. 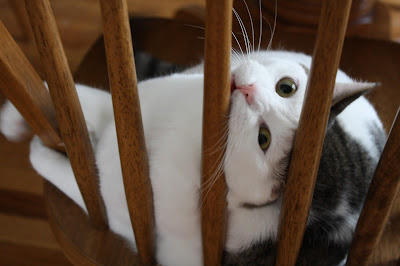 I think I have a few recruits for the acrocats.  Maybe Percy. I think he can channel his energy more constructively. 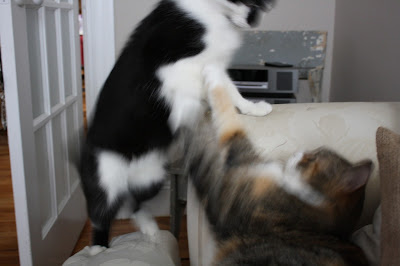 Yes, all my kitties definitely have acrocat potential. But can they be trained? 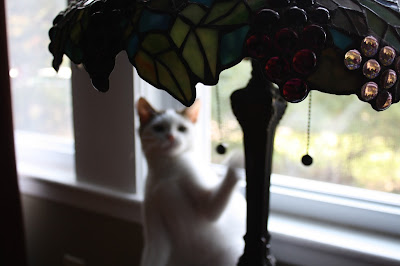 Send me an application. I have 3 new recruits with resumes and photos all ready.

Blondie's Journal said…
How funny and cute. You have to be quick with a camera!!! :)

Cat and DOG Chat With Caren said…
aren't those cats just too cool!? How pawesome that you got to see them! I have only seen them on video!
catchatwithcarenandcody
August 27, 2015 at 10:32 AM

Donna said…
Elaine, that is so funny! That looks like an awesome show to attend and the trainer/owner sounds awesome. I'm sure those kitties are taken very good care of! Yes, your three could be stars, for sure. Maybe Baby could join them. And speaking of kitties, thank you for your kind words about our Tiger girl. Whewill most definitely be missed. Enjoy what's left of the summer!

Castles Crowns and Cottages said…
I would have NEVER thought you could get cats to perform as such! As an elementary teacher, I'd often joke to myself and say that trying to keep my kids in line was like herding cats! NO SUCCESS! teehehee...what a darling spectacle! AND, thank you for visiting my post and on IG! I love that space!
August 30, 2015 at 6:25 AM