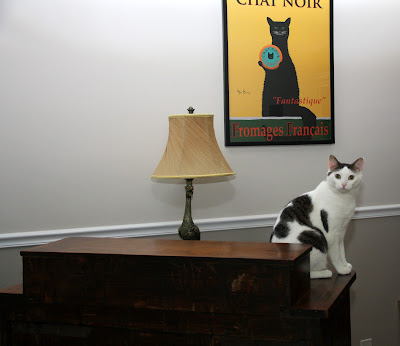 When I said model cat did you think I meant well behaved? Nooo, not this little guy. He's always up for some mischief and mayhem. I meant he likes to have his picture taken. I truly think he wants to be a model. He's the only one of my cats who actually likes to pose for photos. 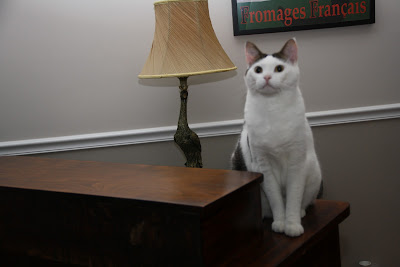 The piece of furniture je is sitting on is a recent purchase from an estate sale in Reading . I had to wait abour two weeks until I could secure a mover so I just received it. 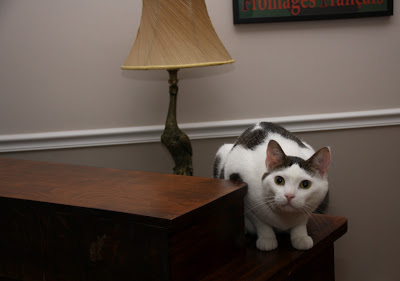 At the estate sale, I was told it was from the 1920's, but, the antiques guy who moved it for me estimated it is from 1840. The drawers need to be put back in it after I give it a good cleaning. Then
it will be moved to the bedroom.

Anyway, Mr Percy has decided this is his new perch. He likes to sit all regal on the top of it and he likes to hide under it too. I hope he is going to leave it alone once it's in the bedroom. 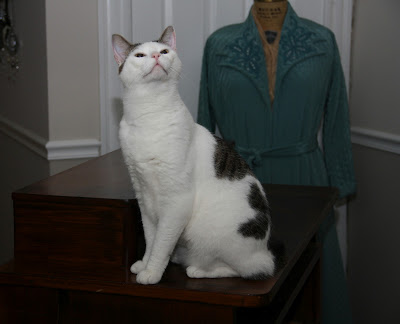 Vivienne, my dress form, looking dapper in her 1930;s bathrobe, just had to move into the shot.
She is an aspiring model as well.  Percy gives his best snobby model look. 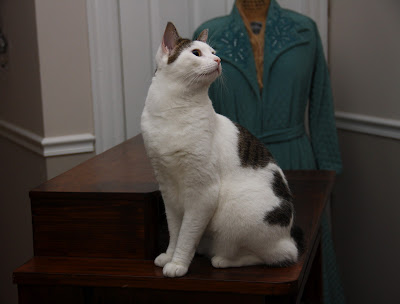 Here he shows his best profile shot.  He is such a poser and quite impressed with himself. No self esteem issues with him! 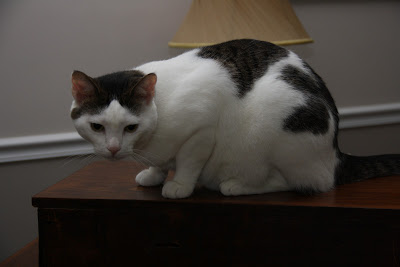 He is giving me his crouching tiger pose. Doesn't he have a fabulous chiseled face? 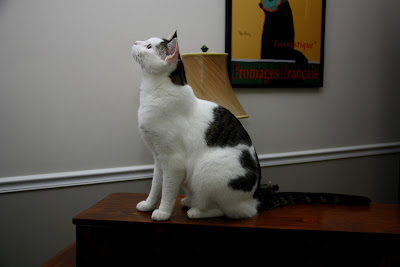 He must think this is his best side.  I think he could be right. He does look supermodel handsome. 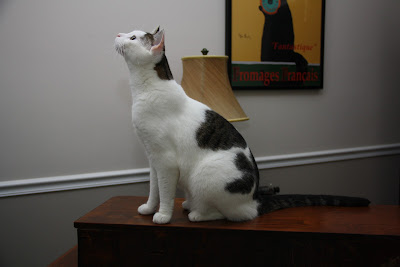 He does know how to hold a pose and he knows how to work his angles. I think he has been secretly taping America's Next Top Model and then watching them when I am not home. 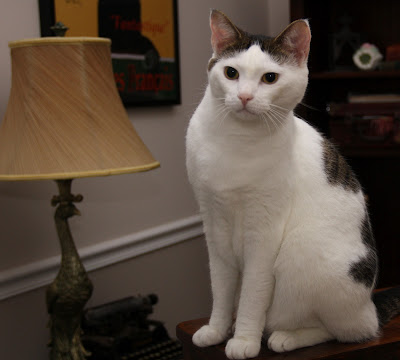 He's already been on TV and now he is looking for print work and runway shows.  Since I am his agent and stage mom, you can contact me for auditions and appearance requests.
Email Post

From Beyond My Kitchen Window said…
Percy really is a handsome cat. I love how he poses. His first is so clean and white.
August 8, 2012 at 11:10 PM

Robin Larkspur said…
I cannot believe how big Percy has gotten. What fine a looking laddie!
August 8, 2012 at 11:52 PM

Kay Ellen said…
Ahh to cute! A model for sure!!

Hope Molly and Oscar are not tooooo jealous! haha