An evening in Rockport 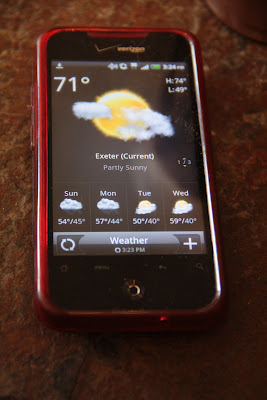 I was in Exeter a week ago ( see the last two posts) and I had a great time shopping at the unique stores on Water Street. While I was taking a coffee break, my sister called.  She wanted to know if I wanted to go to Rockport for dinner.  Well as you can see by my phone, the weather was very nice and warm for April so I said sure. I returned home, fed the kitties and headed out for the evening with my sister. 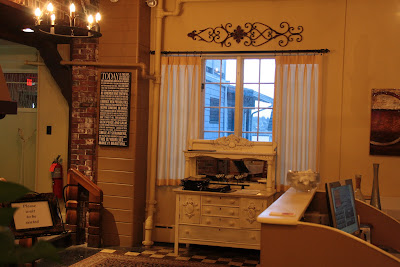 We went straight to the restaurant as my sister was starving. This is the entrance to Brackett's Oceanview. I love that antique sideboard by the window. I fantasize about stealing it everytime I see
the piece but I really never would do it. It would fit in nicely with my condo decor. 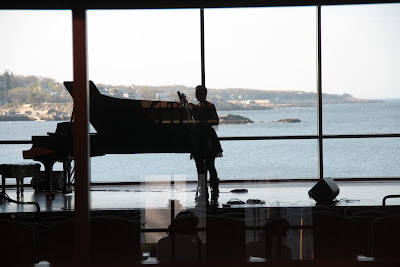 After dinner, we walked around the downtown area. We walked past a new concert hall in Rockport. We could see straight to the stage and a harpist was practicing for her performance that night. I will definitely go to a concert there. The audience can view the ocean while watching the performance. How cool is that? 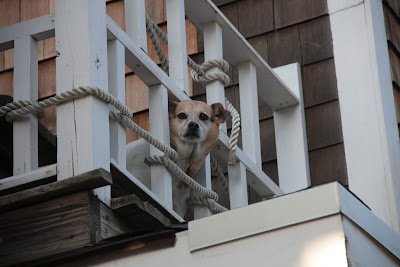 This pretty dog named Rowan watched us intently as we walked by here home.  Her owner said she was watching him since he almost always takes her with him when he goes out. 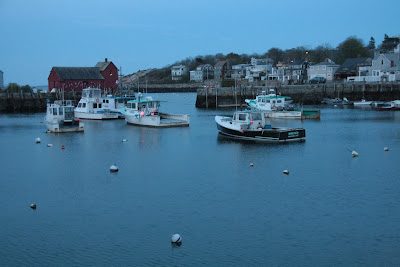 It was getting dark but I still attempted a shot of the Motif No. 1.
It is a Rockport icon. 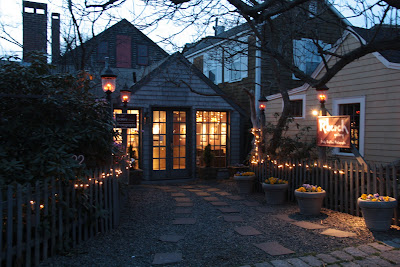 This photography studio is so beautiful! I would love to have my own photo
studio in Rockport. 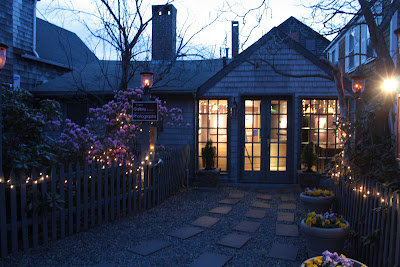 Here's another shot of the gallery. 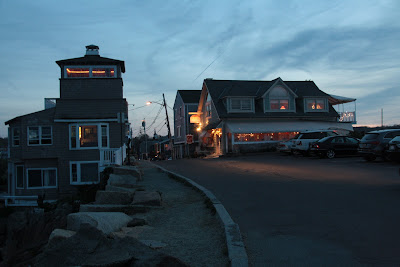 We walked to the end of Bearskin Neck and the wind was whipping around.  It had
become quite cold but not freezing.  We braved the wind and took in the salt air
and spectacular ocean views. 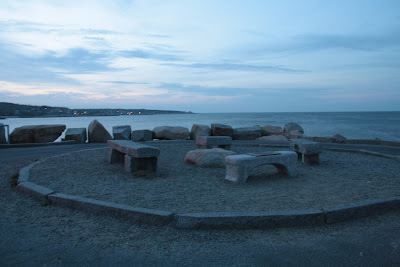 Despite the wind, it was rather peaceful at the end of Bearskin Neck. Just the sound of the waves
crashing against the rocks and the chilly air slapping at my cheeks. Perfect! I must surely be a New Englander because I prefer cool crisp air to the heat of Summer. 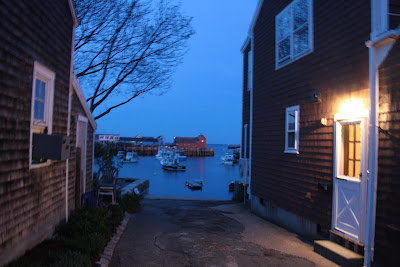 Good night Motif No. 1, I will be back soon!

Blondie's Journal said…
What a great evening you had! The scenery is beautiful and I can almost smell the salty air. I guess I am a lot like you, I like the cool air as opposed to the heat of summer. You are so fortunate to live near the ocean. The restaurant is lovely and I love that studio, Rowan is precious! So glad you had a wonderful time with your sister!

Unknown said…
I just visited Rockport also and it was my first time there. I'm still putting up my images from the trip.

We actually met about a year or so ago. I can't remember where, but you gave your card, that I still have.

Keep up the great work! I look forward to seeing what else you post.