You are entering the twilight zone

Picture this:  a woman, asleep in her bed, is awakened by a shrill noise.  Startled and barely awake, she struggles to reach the cell phone on her nightstand. Surely, the noise must be the alarm she set on the phone for her 8:30 wake up.

Horrified, she discovers it is not the phone alarm but something much more sinister and it is coming from inside her condo! 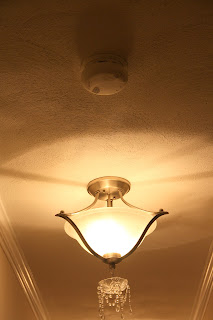 The offending party? The hallway smoke detector. It's sound so deafening that it woke all occupants inside the condo unit.  The fully awake woman investigates for fire. No smell of smoke and earlier in the night, there were no signs of a malfunction or low battery on the device. 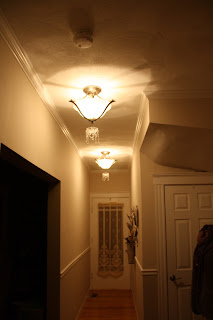 She grabs a battery and pulls a chair under the smoke detector.  She climbs the chair but she is not tall enough to reach the detector.  At this point, a second detector goes off. The first alarm set off a chain reaction. 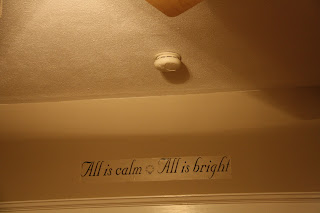 The decibel level is unbearable and the woman's three cats run crazily around the condo.
All is not calm or bright.
The woman calls the fire department.  She could not chance the alarm continuing and waking up the other unit owners. It was now 4:45 in the morning.  She corrals the cats into the bedroom so they will not bolt out the front door when the firemen arrive.
She grabs sweatpants and a jacket meant for outdoor wear and gets dressed.  The firemen arrive and determine there is no fire. One of the firemen stands on the chair and replaces the battery which powers the battery backup.  One alarm is silenced.  The firemen start to leave when the woman asks if they can silence the second alarm by also changing that battery.
One of the firemen snaps at the woman,"We are not a battery changing service!"  But the younger firemen takes pity on the woman and he climbs the chair and changes the battery.
The silence is a welcome sound. The firemen's footsteps are the only sound remaining in the building. The woman closes the door when they leave and lets the cats out of the bedroom. She makes one trip to the bathroom before retiring to bed. A quick check in the mirror reveals bedhead.  The woman is too exhausted to be embarrassed about the firemen seeing her with bedhead!
She retreats to her bed and finally falls asleep after the adrenaline rush wears off.  She awakens the next morning, feeling tired and jet lagged.
She wonders was it all a dream or did she enter the twilight zone?
Email Post
Labels: twilight zone

Edie Marie's Attic said…
Oh my... I think it was worse than the twilight zone! What a horrible night. Thank God the young fireman took pity on you! You may need to get a short ladder/step stool to have at your condo in the future.

Look at it this way... thank goodness you had the new batteries on hand!!! Sweet dreams tonight!

Crystal Rose Cottage said…
Oh what a night! Nothing is worse being awaken out of a dead sleep with something shrilling out of control! Your story does remind me of the episode where the old lady keeps getting phone calls ad she is bedridden. (I loved watching TZ as a kid, still do). Glad the fireman came to your rescue!~Hugs, Patti
October 5, 2011 at 7:23 AM

Anonymous said…
Hubby replaces the batteries in all our smoke detectors every January 1st. Still, one or two always manage to have a fit and start screaming at us once or twice a year, generally when Hubby is at work, and generally the ones that I cannot reach. Sort of a love hate relationship with the stupid things,
October 5, 2011 at 8:22 AM

Robin Larkspur said…
The twilight zone music was perfect with your post, lol! How awful for you and the cats. Odd that both alarms went off. That rude fireman had no call to talk to you like that.
He deserved a shot of bedhead!!
October 5, 2011 at 10:11 AM

Blondie's Journal said…
What a pain!! The one fireman was awfully snippy...you were a damsel in distress!! Hope you get a good night's sleep tonight!

From Beyond My Kitchen Window said…
Yikes, what a night. There is nothing worse than being startled out of a sound sleep. Thank goodness all was well and there wasn't a fire.
October 5, 2011 at 8:19 PM

Fete et Fleur said…
I have to say you told a great story!! Shame on that fist fireman. It was kind of the second one to change your battery. I'm glad to see that chivalry still exists in our crazy world.

Great story Elaine.. I have a story myself about calling the fire brigade but it does not involve mysterious activation of fire detectors!!! I think I would have just bashed them with a broom.. How strange though they both set off at the same time... At least you know they work.. which is always a good thing!!

Hope you've caught up on sleep since then.. and I can sooo relate to bed hair.. My neighbour chopped down the nasty tree over my fence and knocked on my door early this morning to retrieve the errand branches..There I was bed hair.. dressing gown and pjs... just lovely.. pleased to meet you!! haha 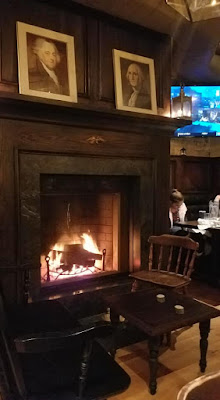 2020 Hindsight- the year in review part one