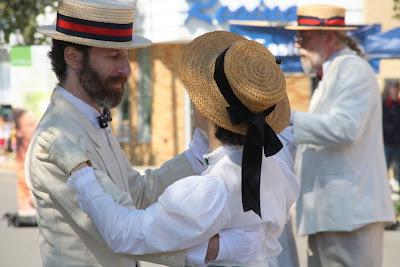 Sunday, the Melrose Chamber of Commerce held it's annual Victorian Fair.
The City of Melrose looks forward to this event every September. This year the fair coincided
with September 11th. Red and blue canopies lined Main Street. More than 10,000
people attended the Fair. 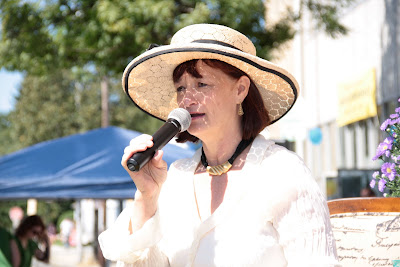 Marcy Holbrook was the emcee for this joyful but also somber event. 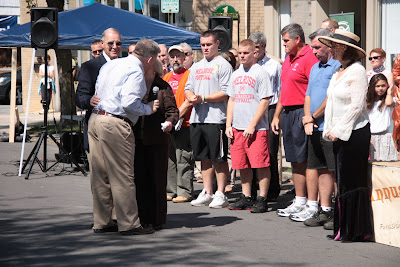 The Mayor opened the fair and dedicated it to Ray Rocha, a Melrose
resident who died on 9/11. Ray was working at Cantor Fitzgeraldat the World Trade Center that fateful morning. He was a member of the Melrose High School football team and a 1990 graduate.
A scholarship was created in his name and his parents attended the dedication on Sunday. 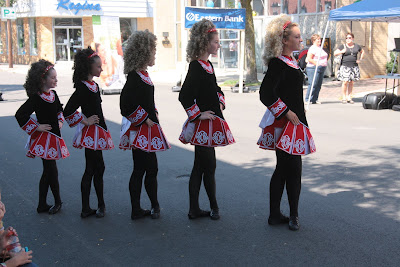 Many of the Melrose Dance Schools took center stage during the day.
These Irish step dancers werec wonderful as were all the groups. 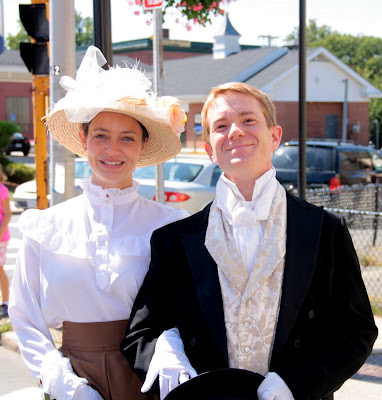 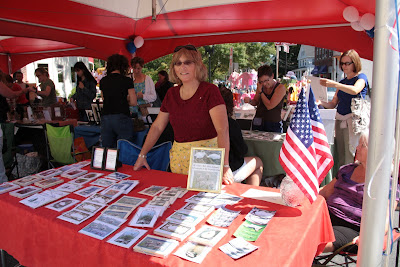 Artisan Marketplace was a special area just for jewelers, photographers,
painters and crafters. 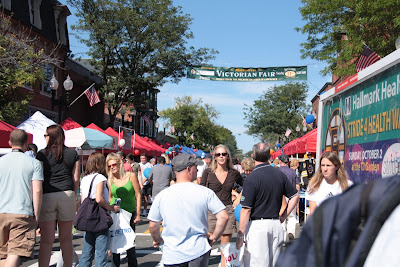 The street became more and more crowded as afternoon approached.
We could not have ordered a more beautiful day.  It was sunny with
mild temperatures. 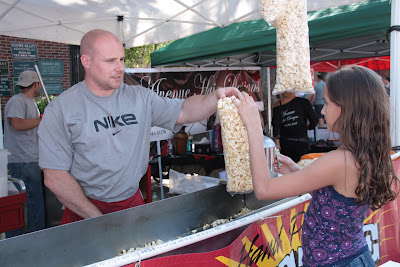 All the standard fare could be found.  Fried dough, popcorn and cotton candy were plentiful. 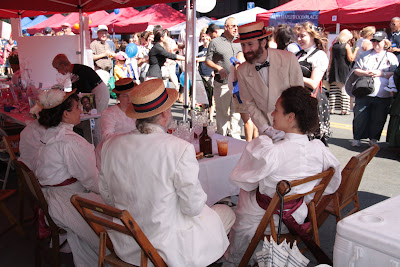 My bank sponsored some vintage dancers and while they waited to perform, they had a picnic. 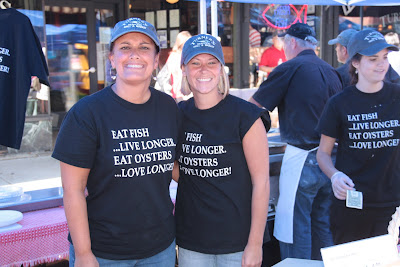 If the dancers had not brought their own refreshments, they could have had a mini lobster roll and cup of chowder from Turner's. 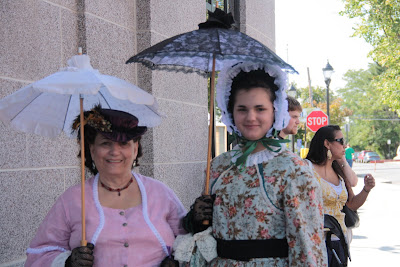 More ladies in Victorian garb.  They made the bonnet the young girl was wearing. 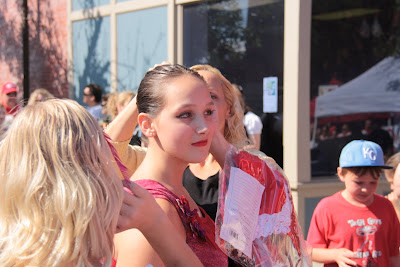 A ballet dancer gets a last minute touchup! 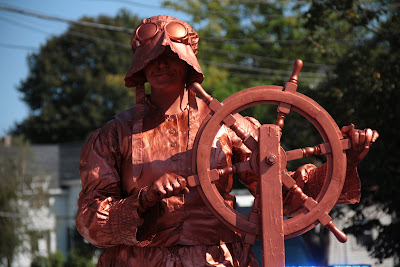 A living statue stopped people in their tracks! How can she stand so still? 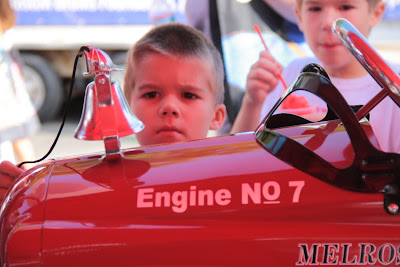 I think this is my favorite photo of the day.  Someone had donated a vintage child's fire truck.
The bell did work, I tested it! 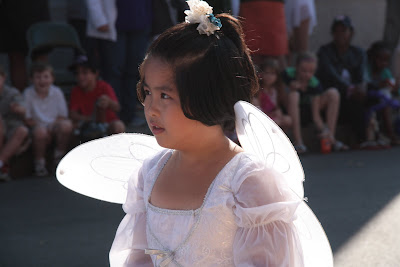 And this little angel was part of a group dance. 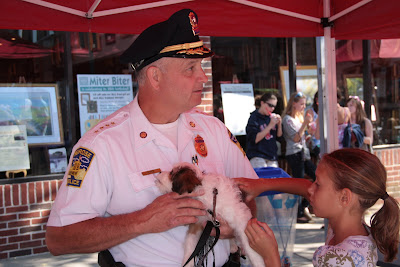 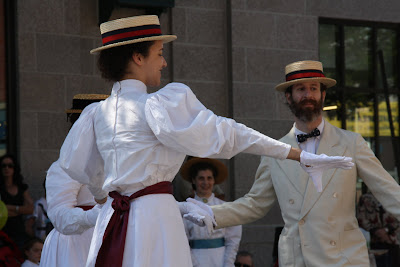 The Commonwealth Vintage Dancers did two 20 minute sets and they were wonderful.  Their
costumes were simple but perfect for a Victorian Fair. 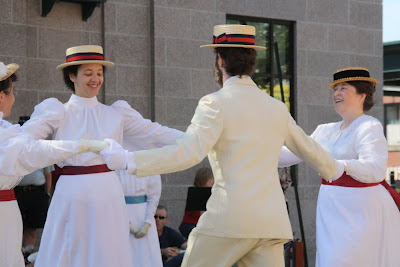 A tasteful celebration on a somber day. A day of remembrance where the community came together once again.. This time we celebrated all that is good in our American way of life..
Email Post
Labels: Melrose Melrose Victorian Fair

kay Ellen said…
What a fun event Elaine~~I love all the victorian clothing hats and parasols...wonderful!

Shortbread and Ginger said…
Wow - this looks absolutely amazing! What a great day out.
Liz @ Shortbread & Ginger
September 21, 2011 at 9:49 AM