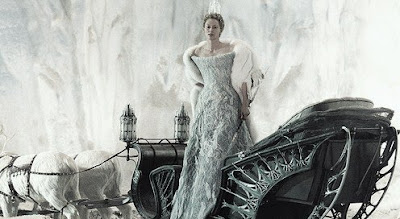 Those of you who were readers of my blog for some time may remember my crazy love post from last year. I wrote about the hunt or chase when trying to attract a guy. This time Crazy Love is about the crazy things that happen in a relationship.

One night, early in a relationship with this one guy, I had gone to his parents house to meet up with him. His parents were home. We had planned to go to a rather nice restaurant and I wore an ivory silk dress and high heels and a faux fur coat that looked like arctic fox. It was white and I thought the coat was really stunning.

Anyway, after we went to dinner we watched a little TV with his parents at their home. As the mother was saying good night to me, she turned and said to my boyfriend, "Don't forget to take the movie star home"! I was really insulted, it was not meant as a compliment. If you had heard her tone you would know it wasn't nice. She didn't know I had driven myself there.

I left shortly thereafter and I must admit I had an attitude towards my boyfriend after hearing his mother's comment.

As I was leaving, I expected my boyfriend to at least walk me to the car but no.
He said goodnight inside the house and I left to go home.

Well it had rained and gotten really cold while we were inside watching TV. I stepped onto the first step in my heels and did not realize the steps, and driveway were encased in ice. I slipped off the step and went sailing down the first set of stairs. I was airborne and missed several steps altogether and then when my feet hit the bottom of the stairs, of course I slid again. This time down a second set of stairs. I was sliding on my butt at such a fast pace that I slid under my car which was parked in the driveway. Really, I ended up under the car! I had to duck so I didn't smack my head on the bumper of the car.

Luckily, I escaped serious injury. Actually the only thing injured was my pride. I had plenty of bruises but no broken bones. I think the thickness of the coat saved me! And maybe the fact that I had taken figure skating lessons years earlier. Gosh I loved that coat!

I turned back to see if the beau was watching but the door was shut and the outside light was turned off. What a snake! Actually I would have been totally embarrassed if he had seen me, but still, my ego was bruised.

We did go out after that but I let him know that I was not impressed by his actions. As for his mother, we tolerated each other in those early days.

So, who's got some juicy or funny crazy love stories to share?
Email Post
Labels: crazy love Valentine's

Ocean Breezes and Country Sneezes said…
I can't believe how rude that woman was! I would have been so insulted. Was he her only son by any chance?

I'm sorry, but your description of your fall made me laugh out loud! I was also relieved that you didn't get hurt and that no one saw you fall!

This may be TMI, but once my husband and I were in VT for a friends wedding at a beautiful Inn. We were in our room having a "romantic moment" when the smoke alarms went off - well, needless to say we could smell smoke! We dressed and went into the hall to find out that someone forgot to open the damper in their room for their "romantic moment" - we had a good laugh! When the fire department gave the all clear everyone went back to their rooms, hopefully to finish their "romantic moments!"
February 6, 2011 at 8:39 AM

Pamela said…
What really bugs me is him not walking you to your car and making sure you made off okay. He must have heard you falling? His mother sounds like a real peach.
Good riddance to that one!
February 6, 2011 at 3:34 PM

A New England Life said…
All I can say is what an ass. Pardon my french. Glad you were okay! My gosh you could have been laying there half dead and they wouldn't have even known, or cared!

I'm wracking my brain to think of something crazy but I'm just not coming up with anything, which actually might be a good thing!
February 6, 2011 at 10:02 PM

From Beyond My Kitchen Window said…
Oh Elaine, I'm so sorry that this awkward moment in your life struck my funny bone. The mother certainly was an odd duck. Your gentlemen friend was not raised with good manners.( The apple doesn't fall far from the tree.) Even my 22 year old son walks his girlfriend out to her car daytime or night.
February 7, 2011 at 8:06 PM

Sarah @ Modern Country Style said…
You poor love....how awful for you. I wonder why she felt she had to be so rude. And even worse for your boyfriend to do that. What a cad!

I'm glad you didn't fall badly....you made me smile with your description.

Maminka Girl - Loribeth Robare said…
what a bitter sweet tale. thank you for sharing...we have all had those moments when we feel so good about ourselves and someone cuts us down. Consider yourself lucky to have escaped that family!

Thanks for stopping by my blog and for your kind comment.

Anonymous said…
Soldiers usually win the battles and generals get the credit for it.
April 26, 2011 at 11:55 AM