The china cabinet and fireplace 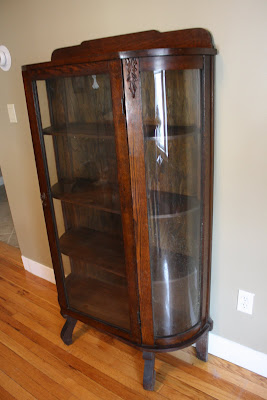 The china cabinet and the fireplace arrived! The china cabinet was moved from my Dad's house to mine. I hired the same guy who moved my furniture from my apartment to the condo and he also moved the estate sale furniture for me (the sofa and chair).

So there it is in my dining room. Isn't it beautiful? It sat in my Dad's basement since the 1960's when my grandmother moved in with my parents. My parents did not have a dining room so there was no place for it. 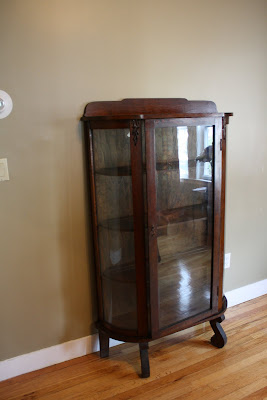 It was covered with a cloth but still there was quite a bit of dust and dirt on it. When I got it home I gave it a nice bath of Murphy's oil soap and it cleaned up beautifully. 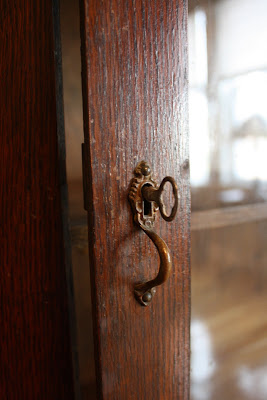 I absolutely love the lock and key. 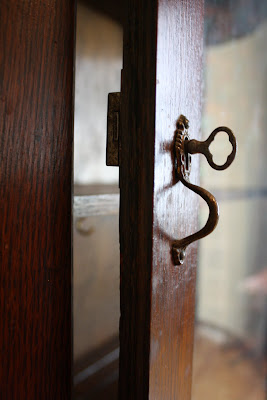 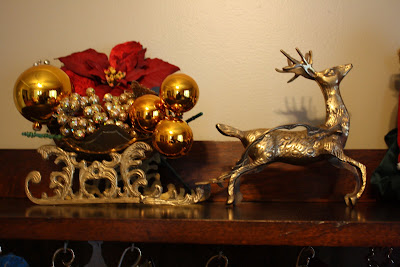 I decided to decorate it for Christmas. A brass sleigh, one of my favorite pieces. 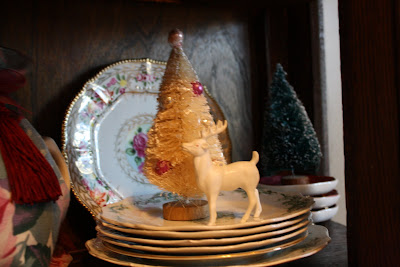 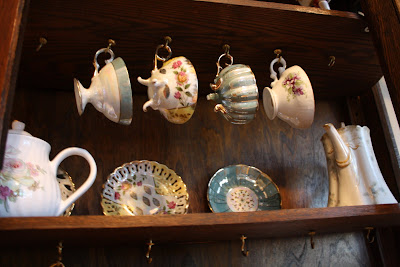 I was pleased to find out that three of the shelves had hooks for hanging teacups. I immediately took out my favorites and hung them up. 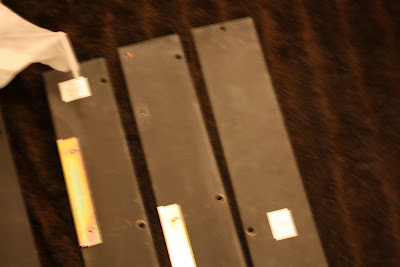 On to the fireplace! Yeah, it arrived in two boxes but not at the same time so I was a little panicked at first. The first box weighed 70 pounds so it was a bit heavy to lift. I slid it into the living room. 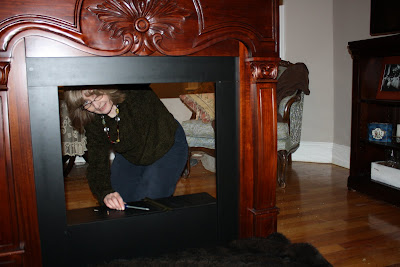 I hate assembling things especially big heavy things. I have a mental block when it comes to anything mechanical. I was going to pay someone to put it together for me and I told my sister of my plan.

She said, "Lane, I think we can do it". I said, "No, I don't mind sitting and reading the instructions to someone but I am not good with a screwdriver." So we agreed. I got the easy job and she was on her hands and knees with the screw driver.

To make it nicer, I played my Christmas Cds. Honestly, whenever I have assembled something with a man we end up fighting. My sister was so calm it was actually a pleasure. And in the end all she wanted in return was a homemade brownie and a cup of tea. It was quite a bargain. 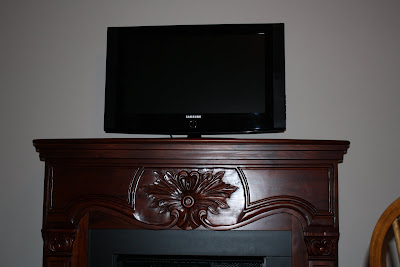 Here's a closeup of the front piece. I know it's not the real thing but it is still quite nice. 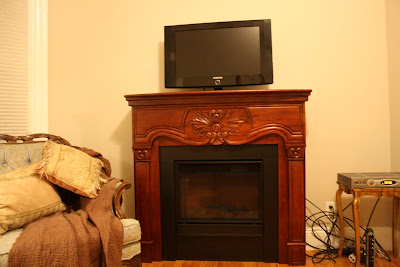 I will eventually wall mount the television and I would like to frame it. For now I think I will have to leave the TV as it is and just put some greenery on the mantel. And I will address the wire cord mess.

Just a few more things I can cross off my to do list before this Saturday's party.
Email Post
Labels: china cabinet fireplace

Pam@PassionPuffs.com said…
Beautiful job and congratulations on putting it together. It looks great.
November 30, 2010 at 2:58 PM

Fete et Fleur said…
The cabinet is lovely. I look forward to seeing your Christmas mantel.

French-Kissed said…
Two wonderful additions to your home and I also love the the lock and key on the china cabinet. Both add a huge dose of ambiance and I hope your party on Saturday is a huge success. Save me a cookie...

Really it is a nice blog. A system that converts AC current from the wall outlet into the DC currents required by electronic circuits. Thanks......
December 4, 2010 at 2:08 AM