The Vineyard and the Obamas 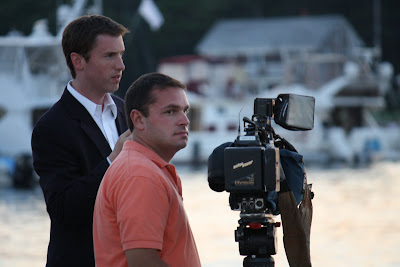 The Obamas arrived on the Vineyard during our vacation. So the Obama watch was on!

The media was out in force. 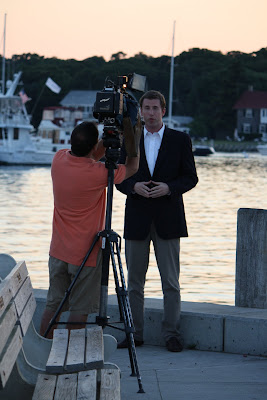 We caught this reporter filing a story from Oak Bluffs, our home base. 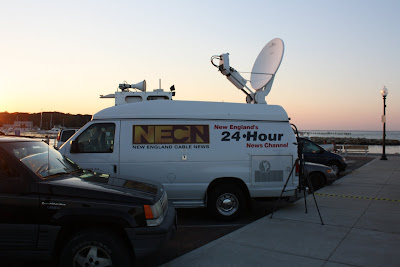 Of course, NECN was there. 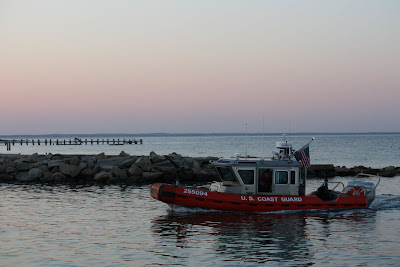 The Coast Guard patrolled the waters looking for any threats. We were there just to look for a pretty sunset.

We were not present when the cars along the shore were checked for car bombs.
Robots acted as mini all terrain vehicles. They slid under each car checking for
explosives. One of the guests at our inn showed us a photo of the robot. She'd had a conversation with a Secret Service agent and he had told her a bit about them. 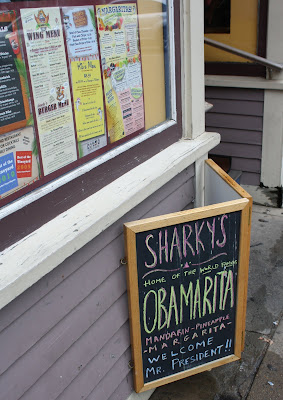 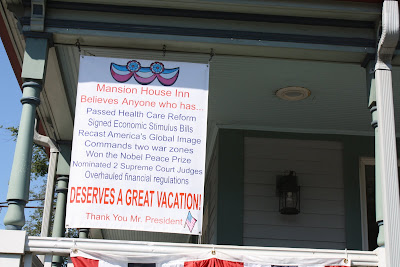 And this inn proclaimed support of the President. 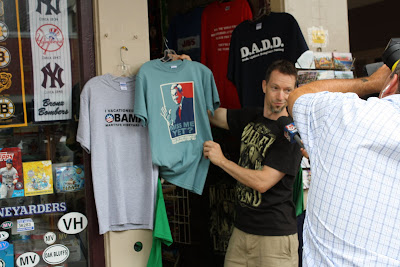 The owner of a T Shirt shop played it smart and carried shirts for both political parties. 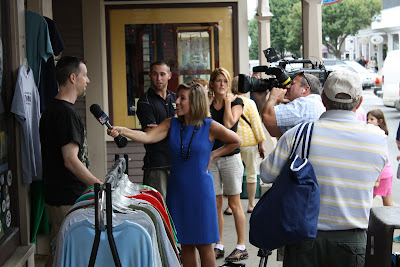 And he was interviewed by the media. 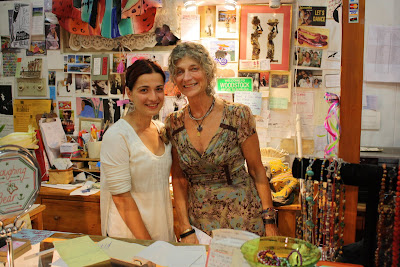 Last year the ladies of the Laughing Bear put some clothes aside for Michelle Obama. They picked out some things they thought she would like and they placed a hold for Michelle sign on them. Cute idea! 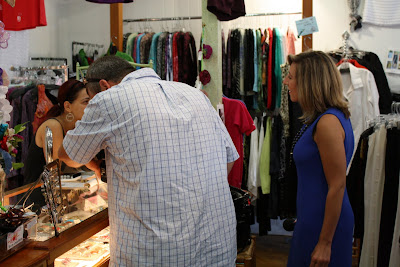 The cameraman took a shot of the Hold for Michelle sign. 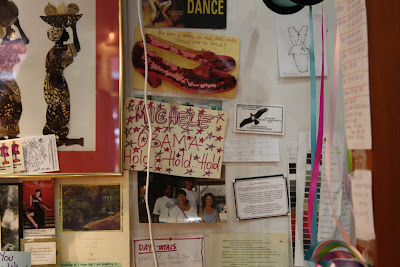 I took a shot of it too. We thought it should have been on an actual dress in the window to create more of a buzz.

Last year, Michelle did not shop at the Laughing Bear. She should have. They have fabulous clothes! 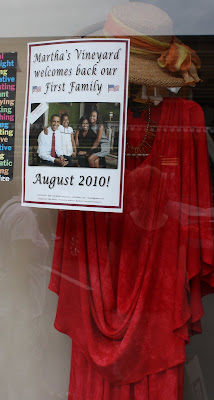 Here's the Laughing Bear's welcome sign for the Obamas. 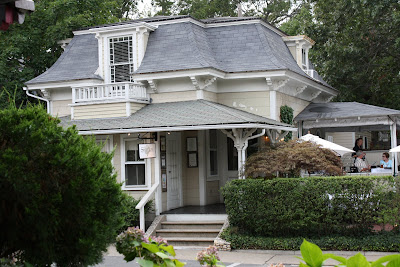 And this is the Sweet Life Restaurant in Oak Bluffs. It is directly across from the Oak Bluffs Inn which was where we were staying. The Obama's ate at Sweet Life last year and again this year. We had already left the Vineyard by the time the Obama's had made their way to our neck of the woods in Oak Bluffs.

We weren't sure exactly when they would arrive. We heard it was going to be between one and five o'clock on Thursday. Sure enough, when we were in Zephrus, a restaurant in Vineyard Haven, we spied some men we suspected were Secret Service. Their cell phones were beeping and buzzing and my sister heard one say Marine One has arrived. Later on the news I heard that the President had arrived by Marine One which is helicopter.

The Presidential visit made for some good stories. Our innkeeper had some Secret Service agents staying at the inn and he had some tales to tell.

And of course it made for an interesting blogpost!
Email Post
Labels: Martha's Vineyard

Mozart's Girl said…
How exciting is that?! Wow. Our Prime Minister's country home (Chequers) is about 5 miles away from here, so we're used to police & helicopters & road blocks. I once saw our PM, Edward Heath, in 1973 - queueing for an ice cream at the beauty spot where we walk Alice. Those were the days before all the heavy security though! I think Sue (Branch) saw the presidential cavalcade pass their house last week...so fantastic! Glad you had a wonderful holiday, I can't wait to be on the Vineyard again xox
August 30, 2010 at 4:14 AM

Sarah @ Modern Country Style said…
Oooh, that is so thrilling!

David Cameron is our MP in Oxfordshire, England so we get occasional sighting of his family.

Salmagundi said…
Interesting indeed!! We rarely see the big wigs out in the west unless they want something like a vote. What fun you must have had. Sally
August 30, 2010 at 10:08 AM

Erin | Bygone Living said…
Shocking-- the Obamas on yet another vacation... :p