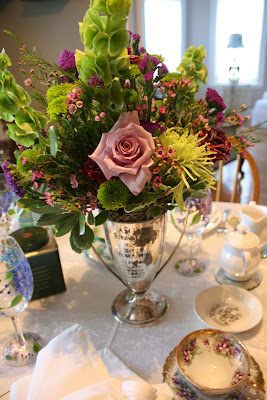 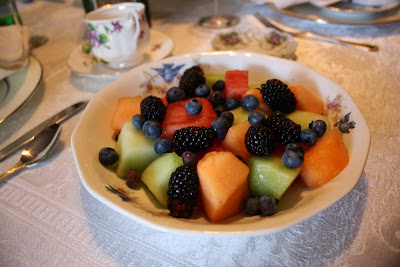 We had assorted crackers and cheese to start. Then some fruit salad served in a bluebird bowl I picked up on the Cape on Wednesday. (see prior post) 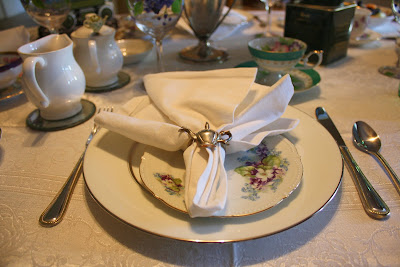 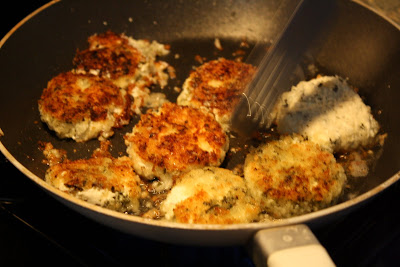 My sister made panko crusted goat cheese for the event. 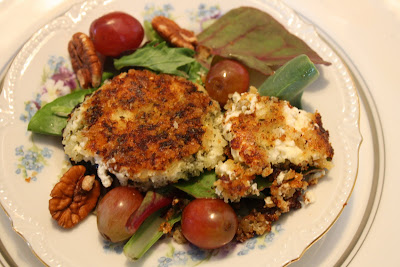 Here's the goat cheese atop mesculun greens with red grapes and pecans. We served it with a raspberry cabernet vinaigrette dressing. 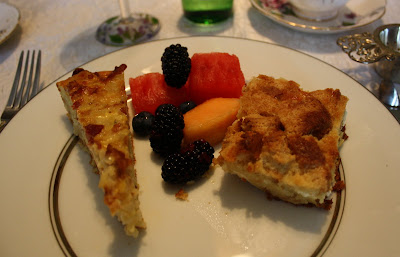 My friend Mary made the bacon and onion frittata and I made baked french toast. 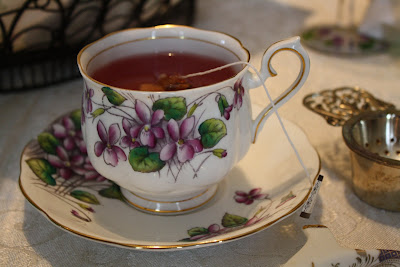 Even my teacups had the purple and green theme. I served a loose tea (Harrod's No 42) and Twinings Earl Grey and Harney's strawberry kiwi in tea sachets. 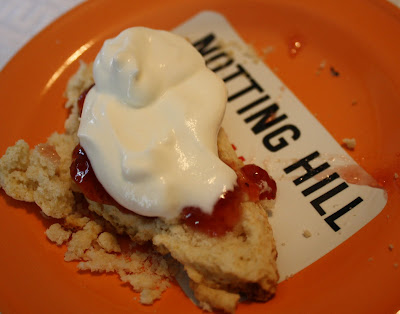 Mary also made scones for the occasion and we had lemon curd and strawberry preserves along with mock devonshire cream from my sister. 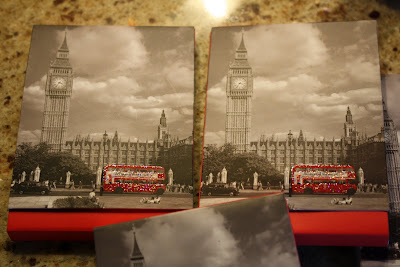 I had favors for those in attendance. Little note pads with big ben and a double decker bus on the cover.

We had a great time eating and watching Rafael Nadal win the Championship. The match was shorter than usual this year only three sets. Plenty of time to go for a second round of everything!
Email Post
Labels: Wimbledon Breakfast

Blondie's Journal said…
I don't follow tennis much but I would have enjoyed your party immensely!! I love goat cheese, I have to try it breaded and attempt to imitate your salad. Yum! As always, you make the tea sound delicious. Pretty china, too!

Carole said…
What a great theme. One of my favorite salads is with warm goat cheese. I used to do it the cheater way and just top it with bread crumbs and pop it in the oven.
Have a great weekend!
Carole
July 9, 2010 at 10:41 PM