Romance: The Good, the bad, and the ugly 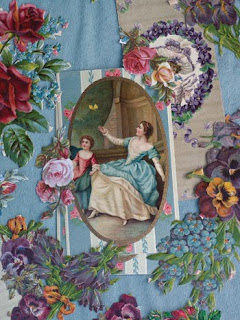 Since February is the month of love I have decided to do a series of posts on Romance. First, please take a look and a listen to my new playlist featuring my favorite love and in some cases anti-love songs.

Today's post is about the ugly side of romance. The times that make women want to swear off men.

One of my first romantic experiences was early in my sophomore year of high school. The sophomore dance was called the Twirp Twirl and the girls asked the guys to the dance. The custom was for the girl to take the guy to the dance and then to dinner.

I was going to buy a new dress for the dance. I already had it picked out, but, if I didn't have a date then there would be no reason to buy the dress. I remember it to this day. It was velour, burgundy in color, a long dress with a white collar and it tied in the back. At this time, I was about 5'5" and all of 98 pounds. I am not kidding. My selections were limited as almost nothing looked good on me. Yes, I was a beanpole.

I asked Bob from my science class to the dance. He said "sure". Afterwards, I wondered if Sure meant yes I'll go, or was it a sarcastic comment as in no way I would be caught dead with you. I remained the optimist.

I bought the dress and anxiously awaited the night of the dance. I confirmed plans the day before.

The night of the dance my mother drove me to Bob's house and then the both of us to the dance. We were having a fairly nice time. Well there was punch and some dancing. Then Bob spied the very curvaeous, most popular girl in our class. She was wearing the same dress as mine! Well, except hers was blue and she was blonde and oh yeah, it looked much better on her. Bob said to me, doesn't Gail look pretty in her dress? Not once that evening had he even commented on my dress! I was heartbroken and as you can imagine both the dance and dinner were a bust!(No pun intended) I had lost my appetite and couldn't eat my dinner so he ate both of our dinners. He said he had been starving himself for two days. The silence at the table was deafening and I heard the couple in the next booth say, "Aw, poor kids they must have had a fight".

Today I laugh about that night and I bet Bob would not even remember it. Sure wish I had a photo to show you all. I know we took photos that night. I guess I must have burned it.

I promise the next post will be more upbeat and filled with sweet stories. I'll reminisce about the good romantic experiences.
Email Post
Labels: romance

kayellen said…
ahhhh Elaine~`High school dances were so scary back then!

Now the kids go in groups~~ doesn't matter if they have a date or not..they just go and have fun!

Fete et Fleur said…
Well, Bob was a dumbhead! I wish you had pictures too. I bet you look nicer than you think.

This is so sad... bloody Bob!! what can you expect with a boy who's name is Bob!! haha...You know I don' think i ever went to a school dance... trying to warm up the cerebral matter here.. but nope... Although I went to a girls school which were quite the usual thing here in Aus back then.. segregated High Schools so I guess there were less dance opportunities.. Actually I was quite the tomboy but do remember saving up for my first full length dress... Mint green.. and like yours.. with a little collar and tied at the back. funny how you remember these things...

Elaine said…
I loved the story of your experience with Bob.. So he was a creep.. I went with two Bob's during high school. The one was a dud and I married the other and was happy 43 years until he passed of cancer. Hope you'll drop my mane in your give away.

A New England Life said…
Yeah, my daughter always went in groups until she got a boyfriend, but I don't remember it being that way for me when I was younger. What a heartbreaking experience it must have been.

I always tell my girls, 'boys are very immature, they don't know what to say or do half the time. It's just how they are' Not sure if that helps them but it's true.

Every week my daughter goes skiing with a group of kids from school. She is one of the first ones off the bus but all the boys push her out of the way so they can get their ski equipment first. She gets so upset by it but unfortunately it's an example of how they are.
February 7, 2010 at 7:19 AM