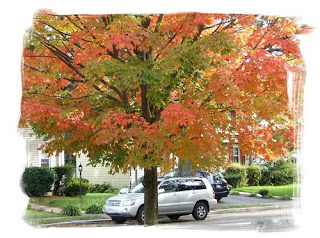 I just made my last car payment. Halleluia! In August 2004, I purchased a Toyota Highlander. I named her Fiona Rose. The loan payoff made me reflect over the last 4 years of our relationship, a girl and her car.
Fiona is such a good companion. She is so patient. She drops me off at home at night and patiently waits outside until I start her engine each morning. She puts up with my eclectic taste in music. Van Morrison today, Nickelback tomorrow, classical music in the Fall, Christmas songs
way before December.
She doesn't mind when I spill my coffee on her carpet. She didn't even get upset when an entire
Double Chocolate Frappucino spilled on the passenger side carpet. I saw it happen but since I was driving at the time I couldn't do much about it. She didn't flinch, probably liked the sugar rush.
When an agressive driver cuts us off and I utter some words I never use in front of another human being, she does not pass judgement. It's our little secret.
Fiona has been everywhere with me. She's been to Maine many times and pretty much all over New England. She willingly takes extra riders too and all my friends have commented on her smooth ride.
She keeps me warm in Winter and cool in Summer. Speaking of Winter, she plows through at least a foot of snow with no problem. Which is great because I detest shoveling snow!
We got rearended last October, a drunken idiot from out of state decided we were in his way and after I got out of his way he hit us for good measure, Fiona took the brunt of it. I was scared but physically fine. She got fixed up and now she's good as new.
Lastly, she was a safe haven for my cat Oscar. Last February, it was bitter cold and Oscar was homeless at the time. He would hide under Fiona and use her as shelter from the bitter cold that had hit the Northeast. I couldn't coax Oscar to come inside but Fiona took care of him until I was able to rescue him in June. I used to place bowls of food and water near her back left wheel every night and the food bowl was empty every morning. Fiona was Oscar's protector. Oscar is now an indoor kitty.
Well, that's enough reflecting. I am looking forward to making new memories with Fiona and hopefully hitting the 200,000 mile mark eventually.
(The photo at the top of this post was taken last week. Fiona was waiting patiently for me while I took some snaps of the first Autumn Leaves. One of many stops I'm sure we'll make while I feed my photography obsession).
Email Post
Labels: Highlander

Salmagundi said…
A great post. Aren't our cars the most faithful of companions? If we take care of them, they take care of us and are always there when we need them!! I was certainly born in the right generation concerning transportation. Sally
September 29, 2008 at 10:45 AM