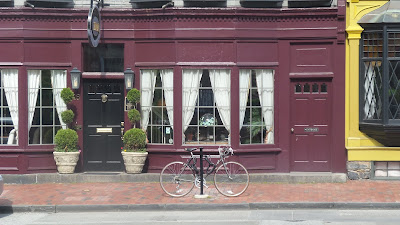 So did you figure out where I went? It was someplace I have not blogged about at Café Chatelaine.  Was it Paris? Honestly, I would have had to take the Concorde for that. 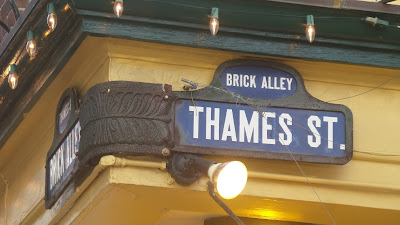 Or maybe it was London. Maybe I spent time cruising down the Thames. 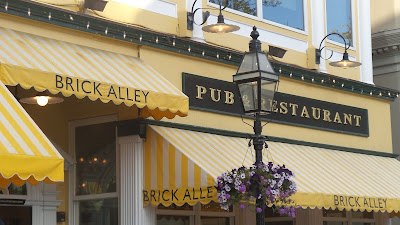 Or at a cute little pub with flowers outside on the lightpost?
No, it's not likely. Boston, Massachusetts is a little too far from England for a daytrip. 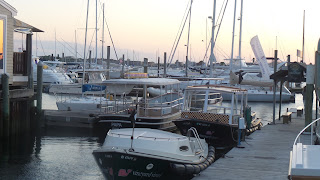 I went to Newport, Rhode Island! Honestly I have not been to Newport since 1984. Newport is less than 90 minutes from Boston so it is an easy daytrip. Count Robot, your guess was correct! You won a prize. 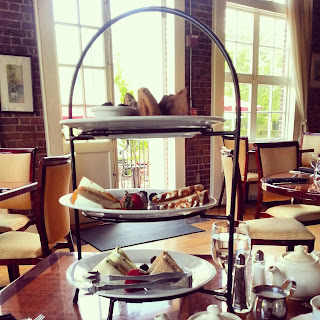 My sister was doing a live event painting at a wedding in Newport so she was going down there for the weekend. I decided to join her for the day.

We had afternoon tea at the Viking Hotel. The Hotel was very elegant and had a nice location. 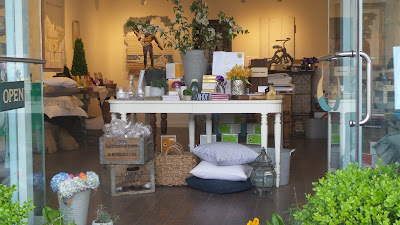 We looked in all the shops downtown and on the waterfront. 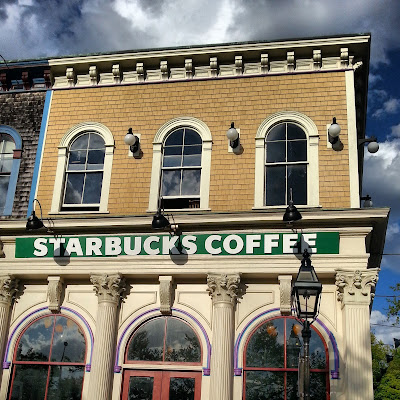 And took a coffee break later in the day when we met up with my sister's friend Barbara. 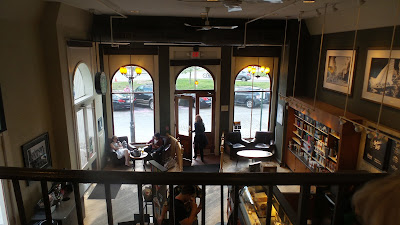 I have never seen a balcony in a Starbuck's! 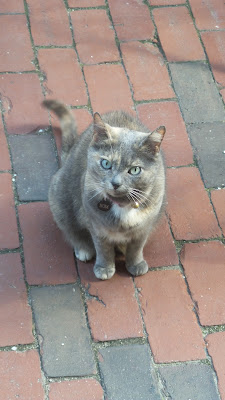 At one of the shops, we met the resident kitty. His name was Bum. 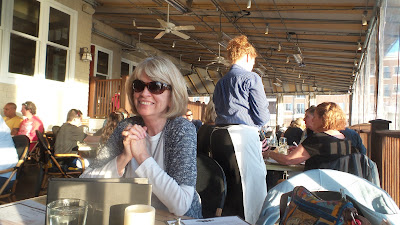 We decided to eat at The Mooring which was right on the waterfront. We sat on a covered deck and Barbara needed her sunglasses. 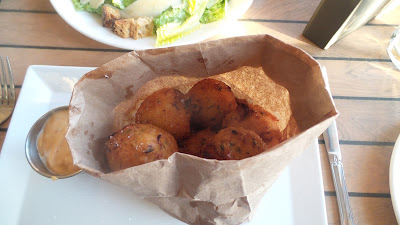 We split a bag of doughnuts. That's what it was called. The doughnuts were made of shrimp, cod and lobster. Delicious! 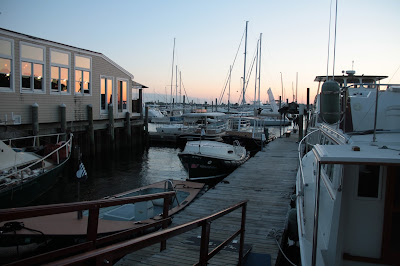 After dinner, we saw a beautiful sunset down by the dock. 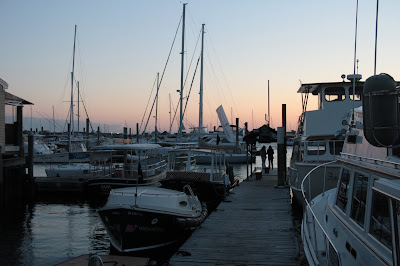 It was so peaceful at the waterfront. I love the sound of boats bobbing up and down. 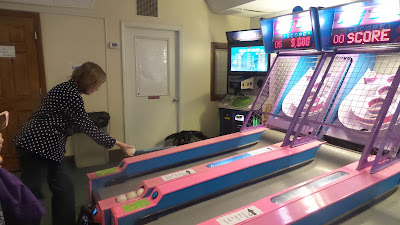 We passed by an arcade and I challenged the ladies to a round of skeeball. I love to play skeeball. It takes me back to vacations at Hampton Beach, New Hampshire.  Anyway, my sister won. See her great form?

We cashed in our tickets and I got two rhinestones and three plastic frogs. My sister got a bracelet since she had more tickets.

The day was not long enough. I had to go home and feed my kitties.  I am just going to have to return and do a bit more exploring.

Joan said…
It's been too long since I've been to Newport, RI and now, after seeing your photos I want to go back. Love The Mooring, had one of the best lunches ever there years ago... sat outside just as you did.

artistswriter said…
So good to hear from you again! What a lovely virtual escape to the seaside for this landlocked New Englander!! In all the years I lived (grew up) on the North Shore, I don't think we ever went to Newport! Definitely something to put on the agenda when I make a trek back "home" to visit! Thanks for the tour! I love the Starbuck's with balcony! First I've seen, too. Jane xo
June 14, 2015 at 11:53 AM

Unknown said…
It was great to meet you at the SOWA workshop today! My husband and I visited Newport last Summer and had dinner at The Mooring!
June 14, 2015 at 6:46 PM 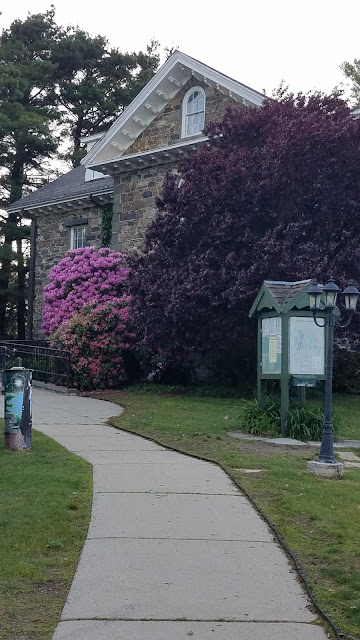 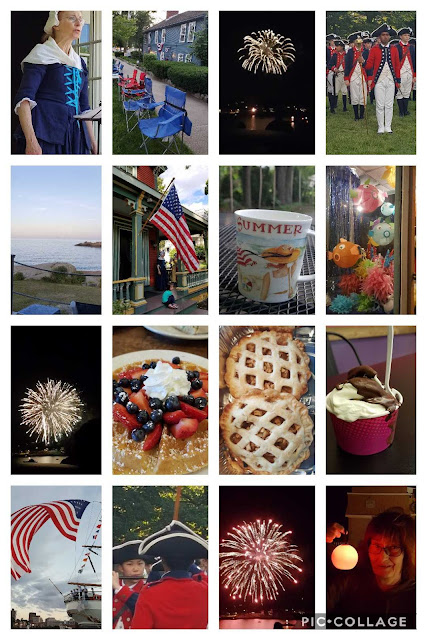 How will you celebrate America?